When we moved into our Edwardian home, there was a dark, uninviting space called the kitchen which not only had heaps of space, but an extension leading from it. I saw the potential immediately, and before we had even put an offer in on the house, I had planned in my head how we could knock the old extension down, rip out everything in the existing kitchen and create a great, light filled space that would become the heart of the home.

But it took some imagination. 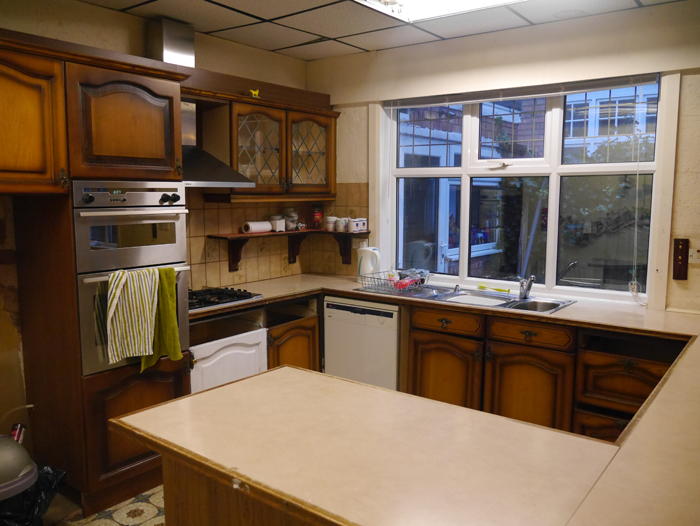 It was really quite depressing, and the people who we bought the house from even told us they hated it. It was a very unloved space, complete with office-esque lowered ceiling and fluorescent lighting, an exposed brick pillar and an arch. And a few mice thrown in for good measure. 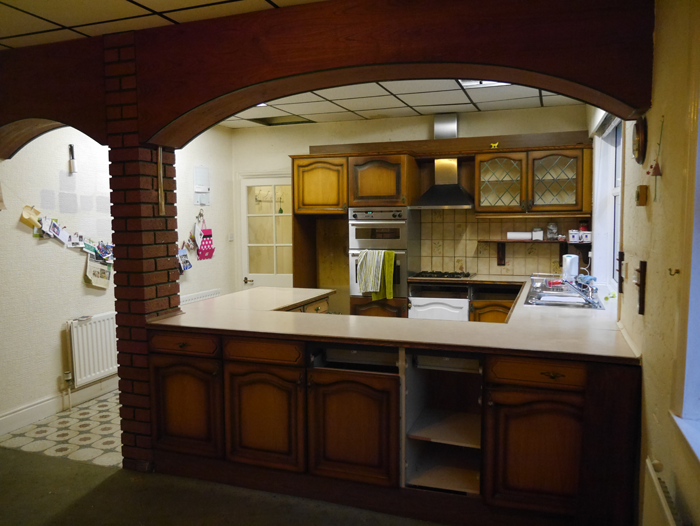 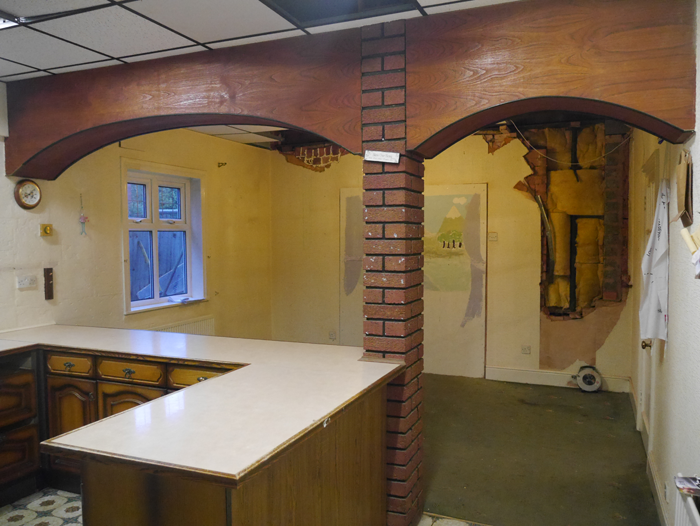 18 months after we moved in, we started work…

The existing extension had been built years ago as a pool room, but it was a difficult space, that wasn’t well built and had no insulation what so ever. 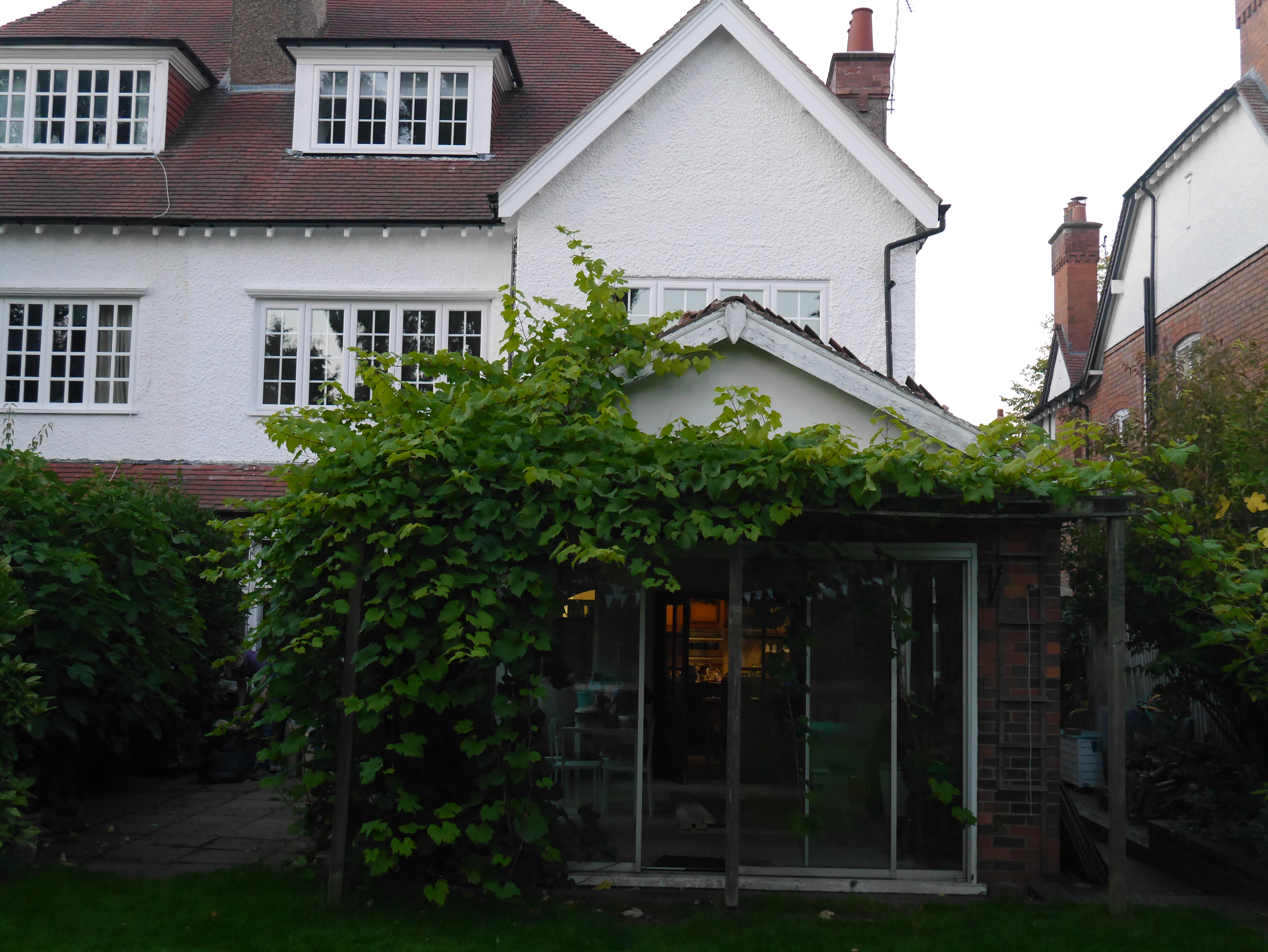 Don’t be fooled into thinking it was nice. Here is the inside… 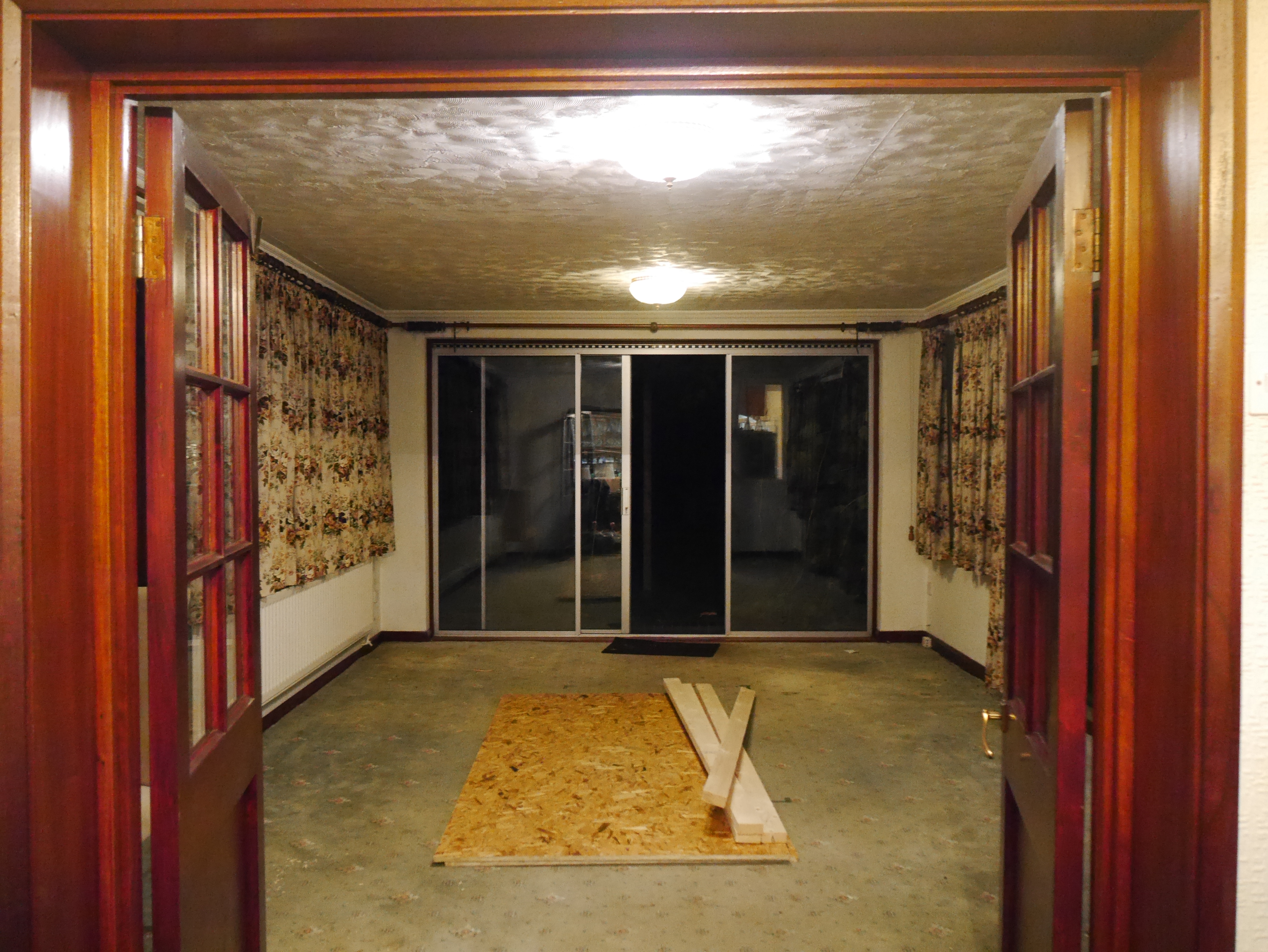 The only thing  I wanted to keep was the beautiful old vine that covered the veranda each summer with a gorgeous, green glow. We have dug it up and kept it, and hopefully will be able to replant it and bring it back to life.

So we boarded up the doors,  got the hammer out and blew that house down!

Once we had cleared the plot, it took two weeks to dig out the foundations in the pouring rain. 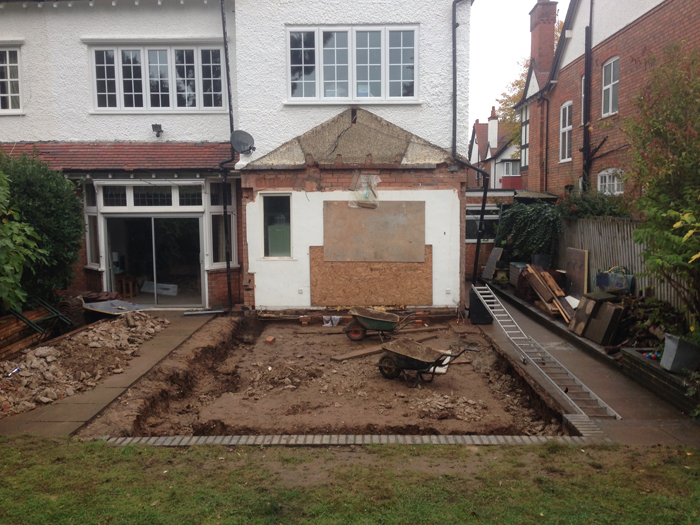 Only for them to be filled in a few hours with concrete. 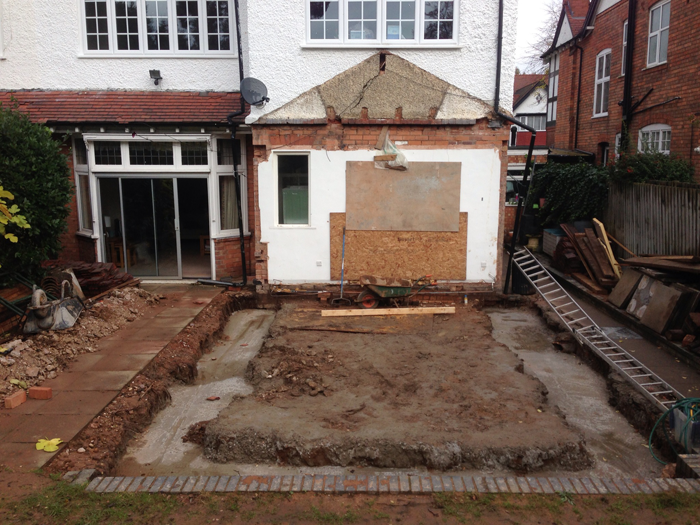 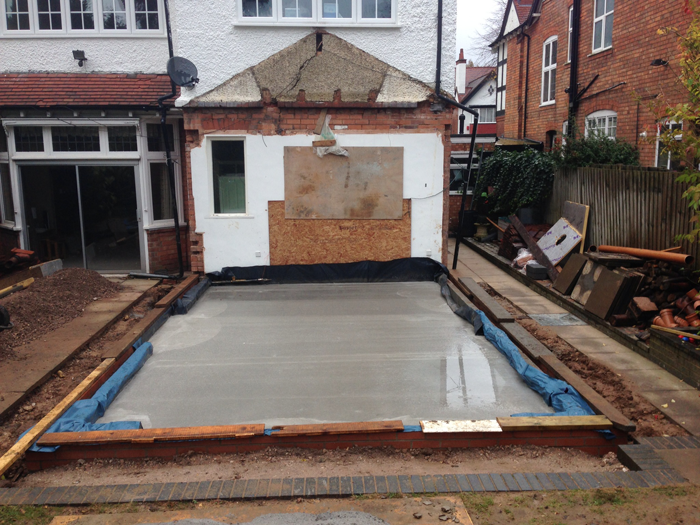 We chose some reclaimed bricks from a house that had been knocked down in Tyseley. They weren’t a perfect match for our bricks, but they were quite close and looked lovely. 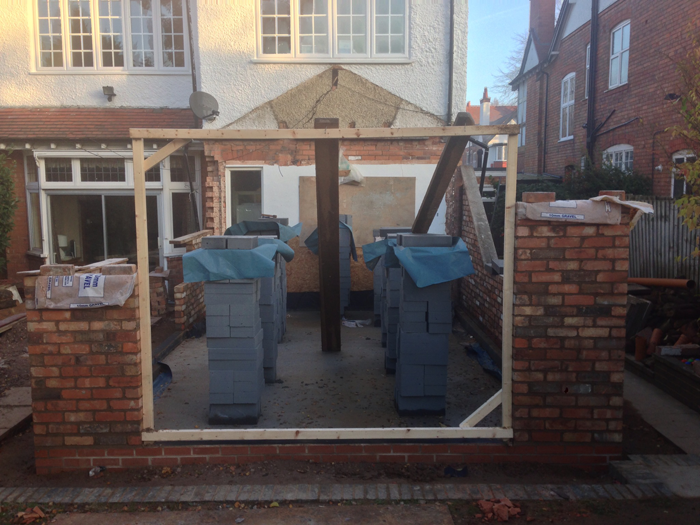 We had debated long and hard over having a pitched roof with roof lights, or orangery style lantern. The orangery won. 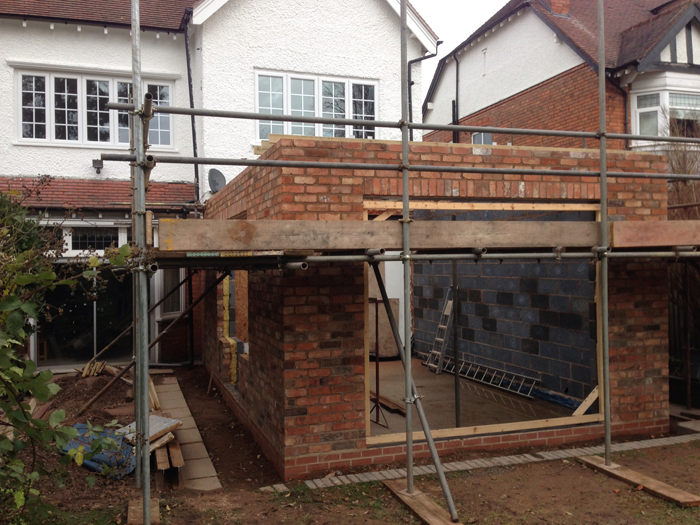 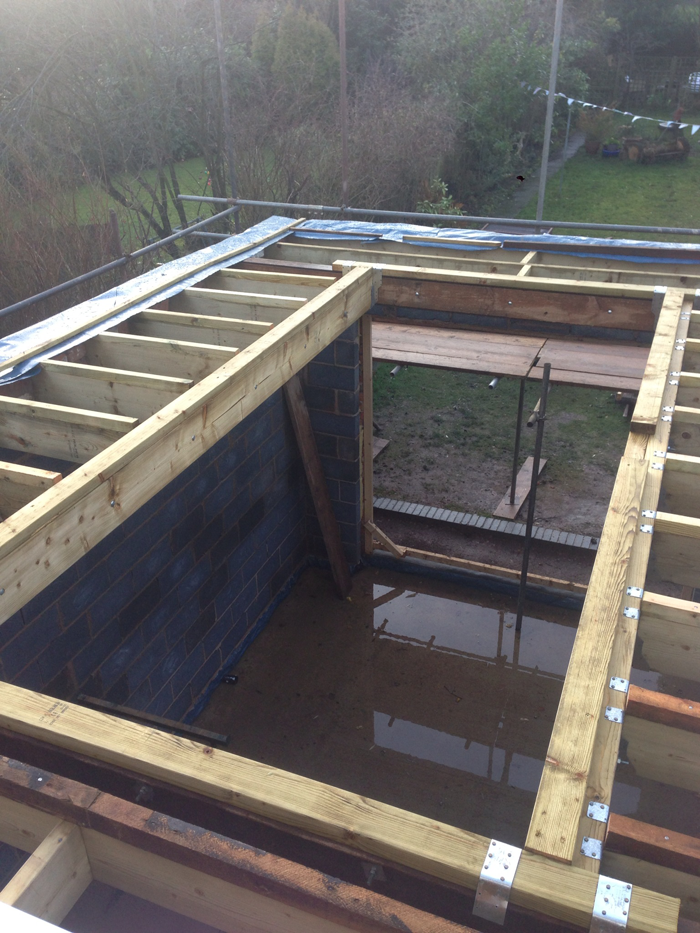 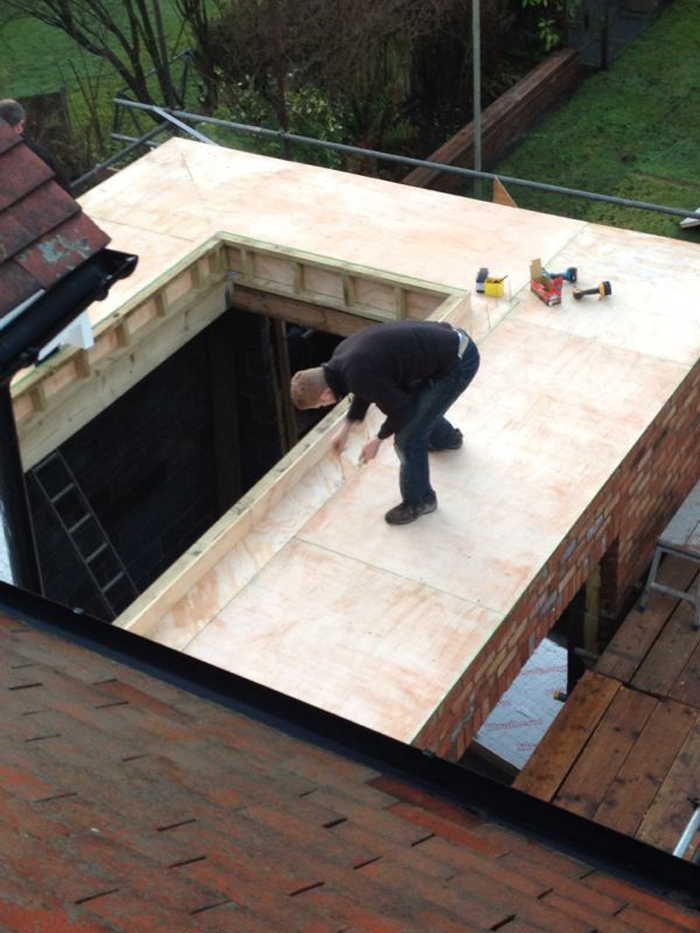 Progress seemed achingly slow, and the conditions inside were a bit horrid! My dad and I created a ‘beautiful’ mural with tester paint pots to cheer the place up, but even that couldn’t help once the steels went in and there were holes in the wall! 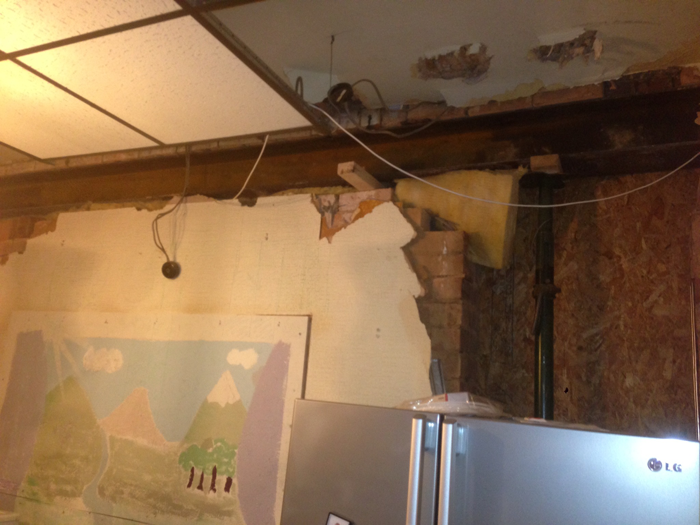 But then, the windows and lantern went in and we were watertight. 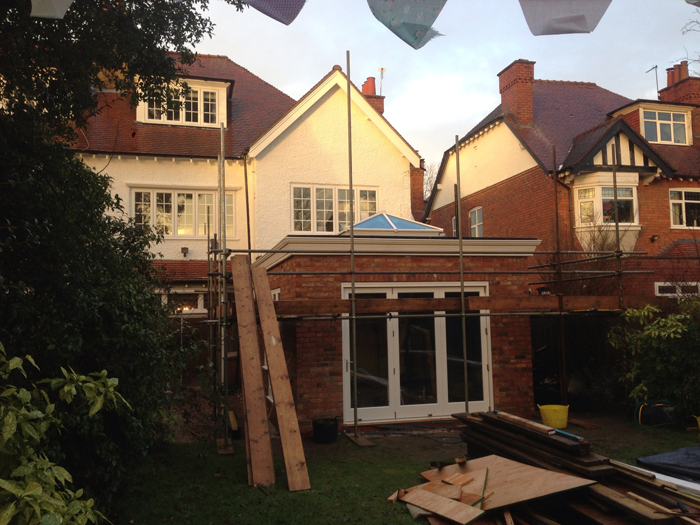 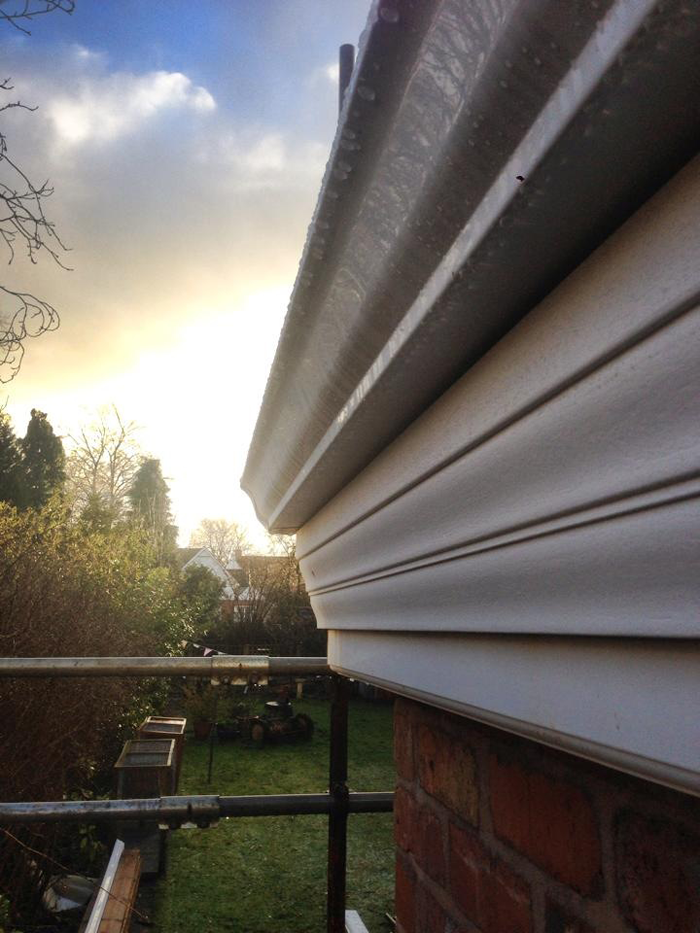 Cue some wall smashing, a bit more mess and all cooking was swiftly relegated to a microwave, single electric ring and a mini oven in the shed that we call a utility room. 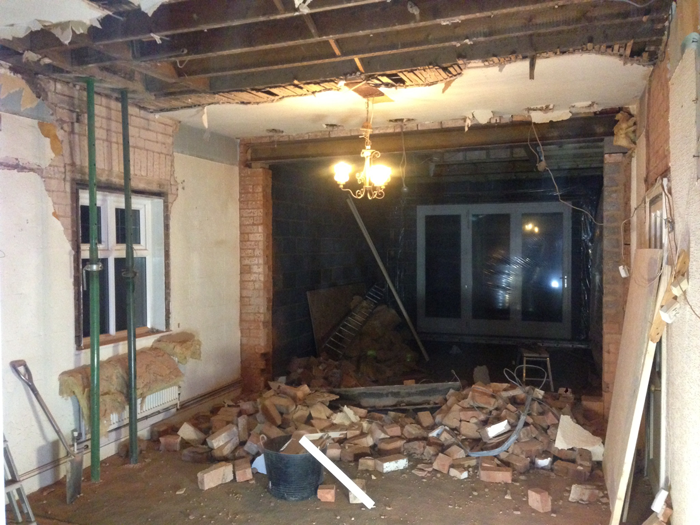 But finally we could see the new space and get an idea what it might be like. 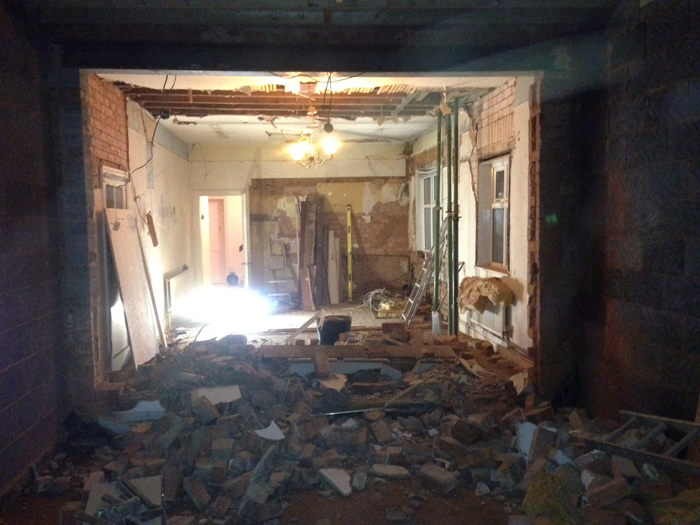 We found some lovely little surprises when we pulled down the false ceiling, such as a whole two story’s of chimney simply left floating in the air after the lower column had been knocked down. 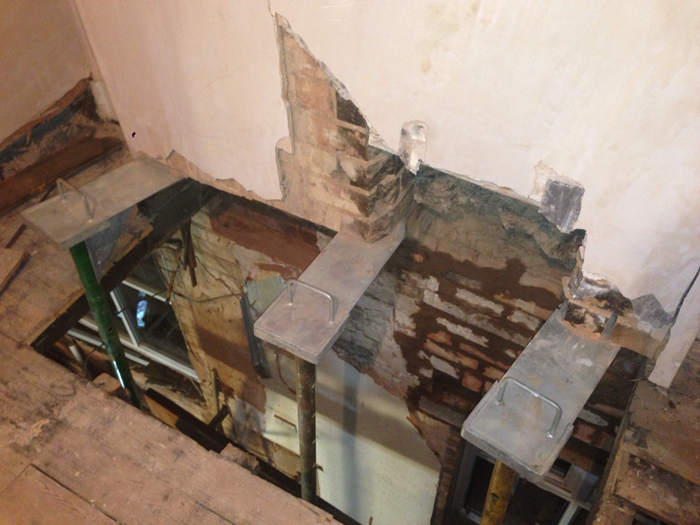 Once that was fixed, we started digging again to make room for insulation and under floor heating. 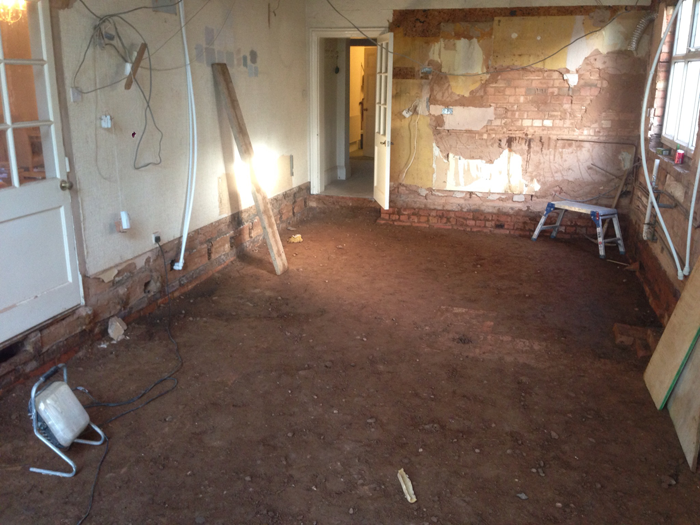 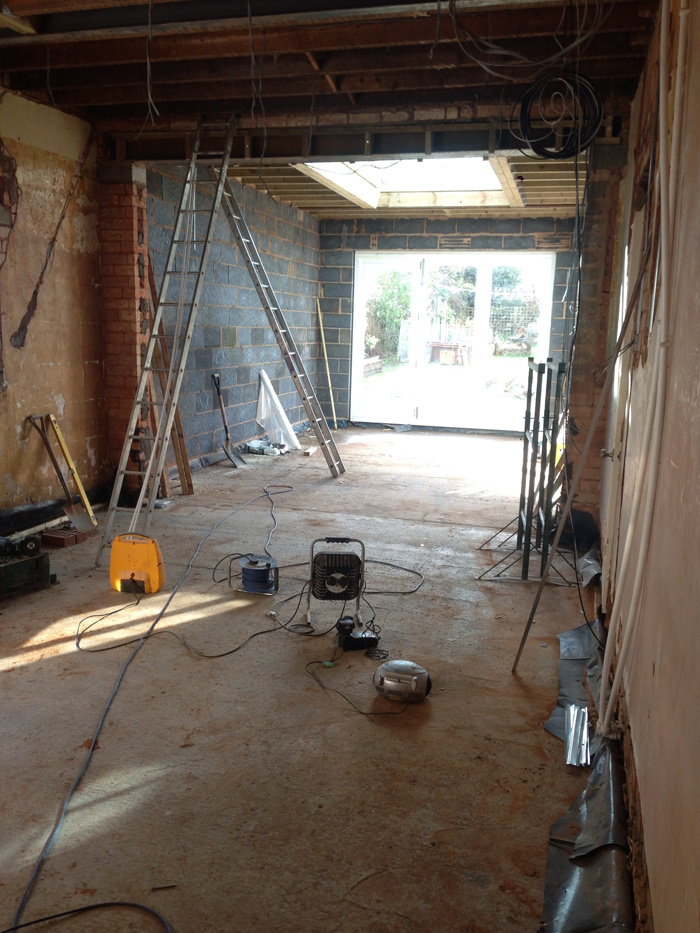 Then the place was boarded… 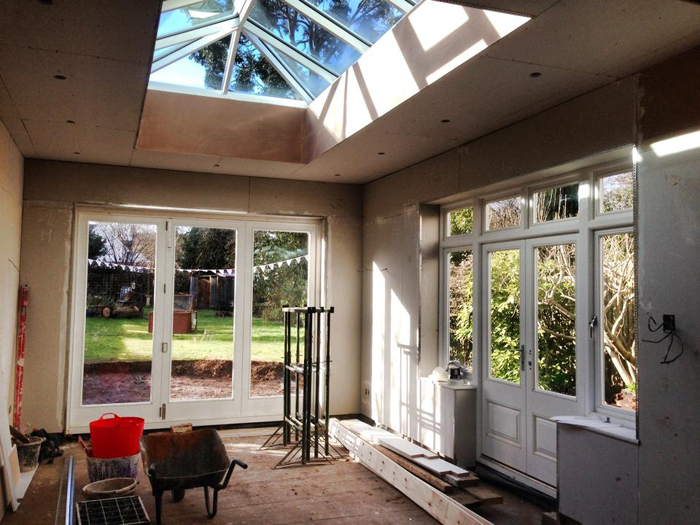 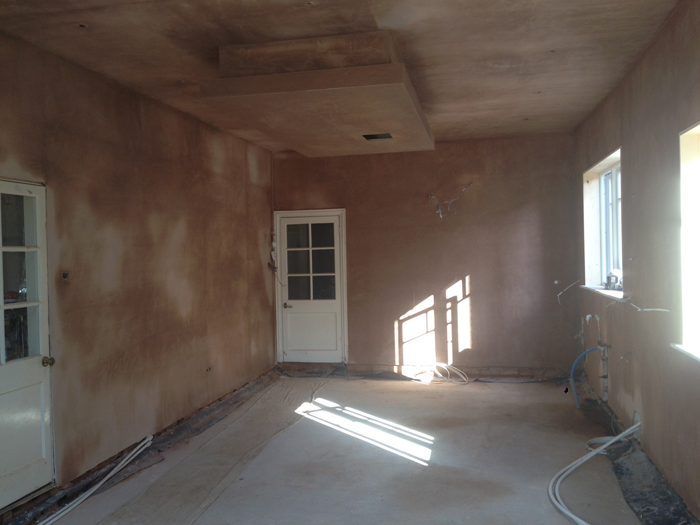 Miles of pipes went down for the heating. 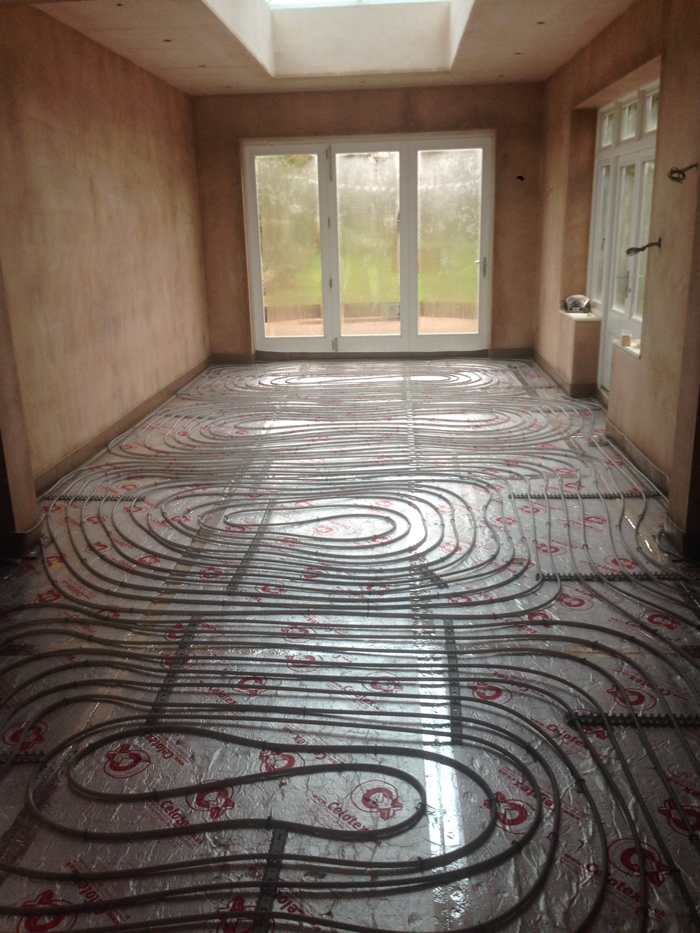 A screed on top of that, then all of a sudden we were were ready for the fun bit!