A couple of weekends ago, my man and I had lunch at The Ritz in London. 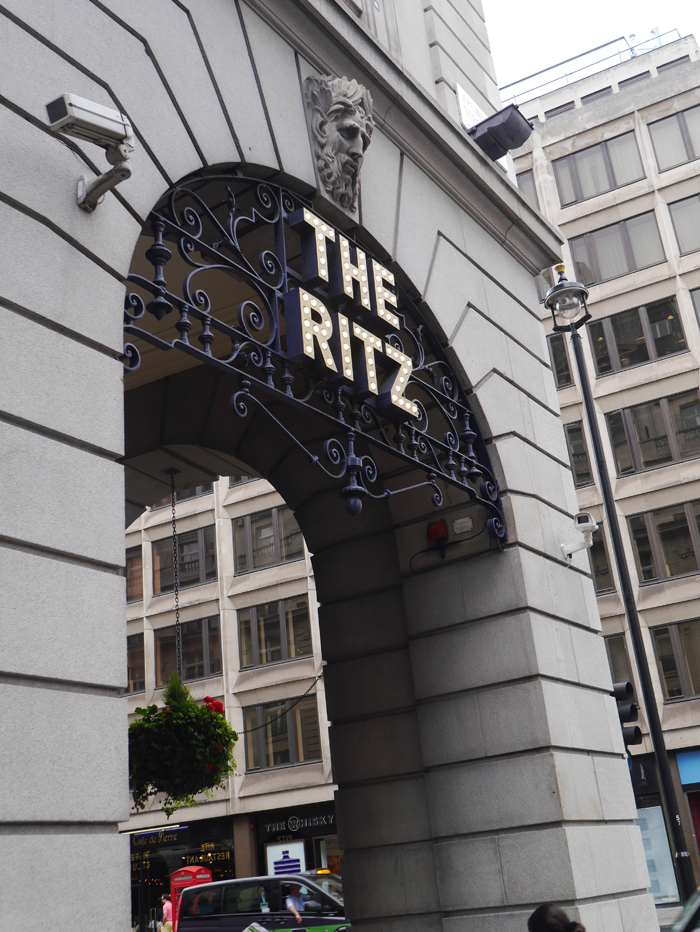 It is just as you would imagine it – very grand, formal and very very English. 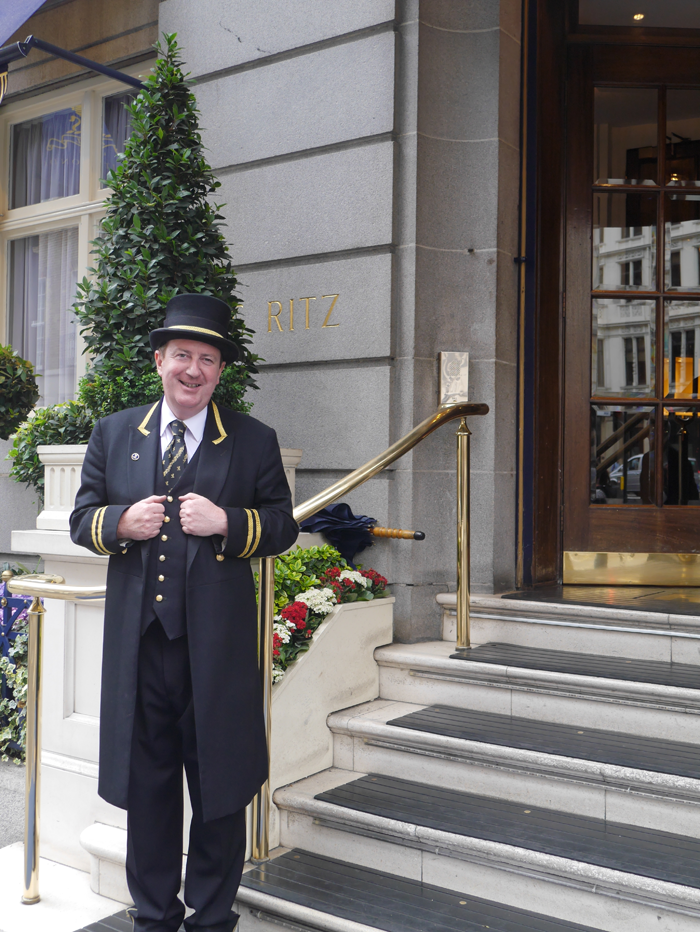 We were on our best behaviour. Everywhere feels and looks expensive, and you can’t help but straighten your back and try and pretend you’re a ‘real’ customer; one who could afford to stay there, or just drop in for a bite to eat. 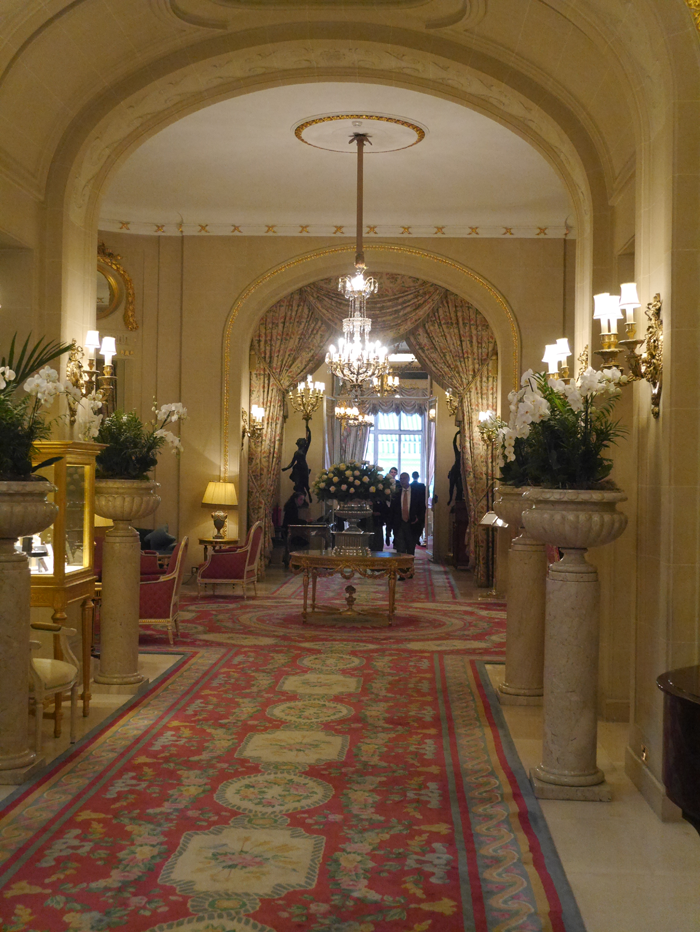 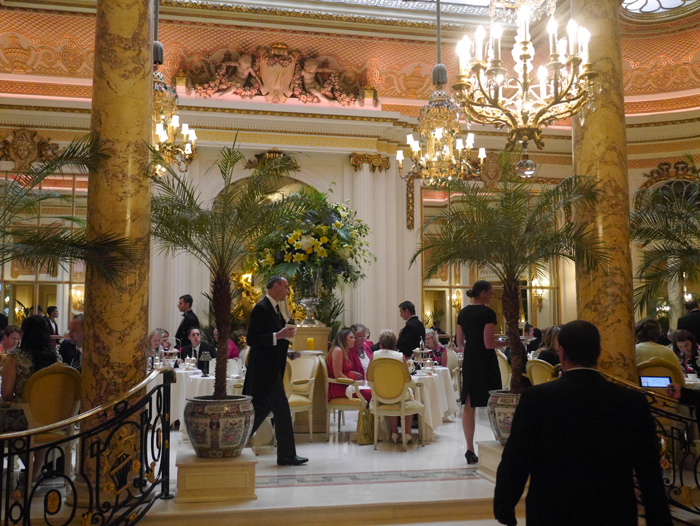 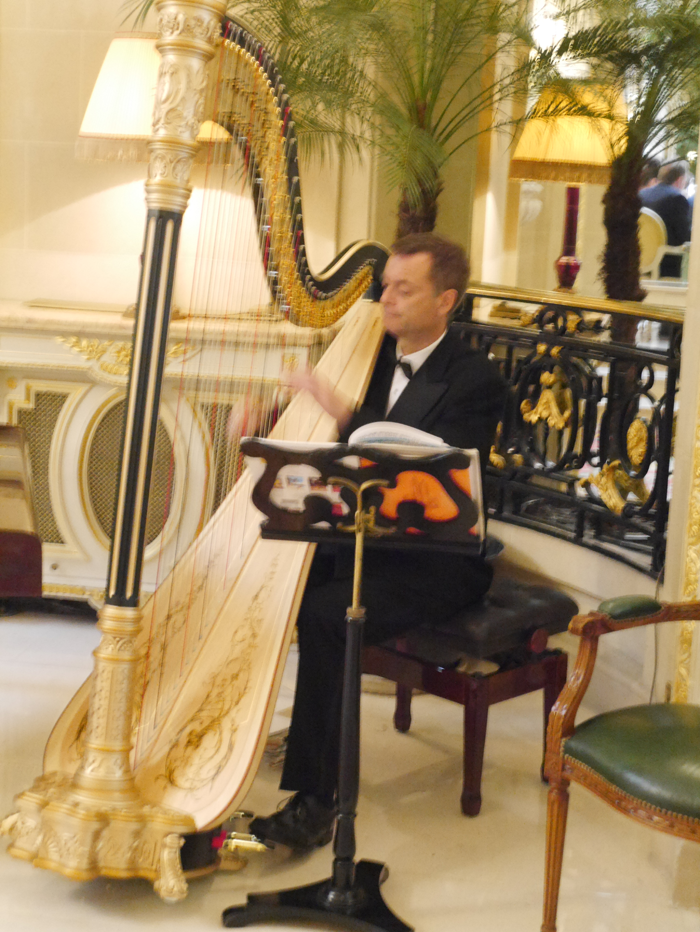 We were whisked through the lobby to the dining room, where we were seated, presented with menus, served water, champagne, and homemade bread with startling efficiency. 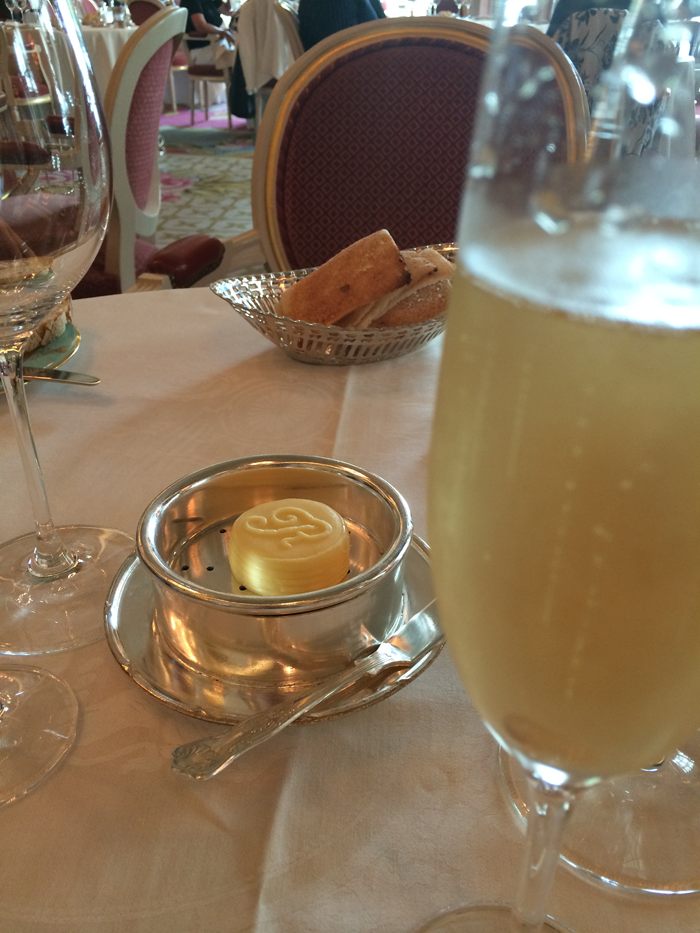 But then we were given some time to sit back and take in our opulent surroundings. 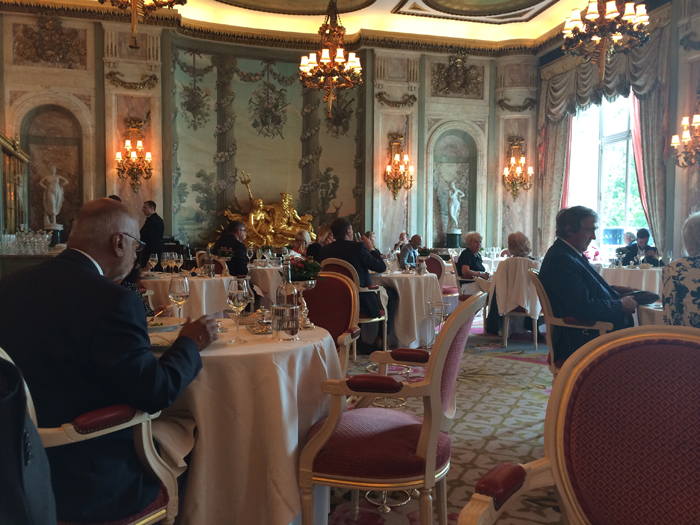 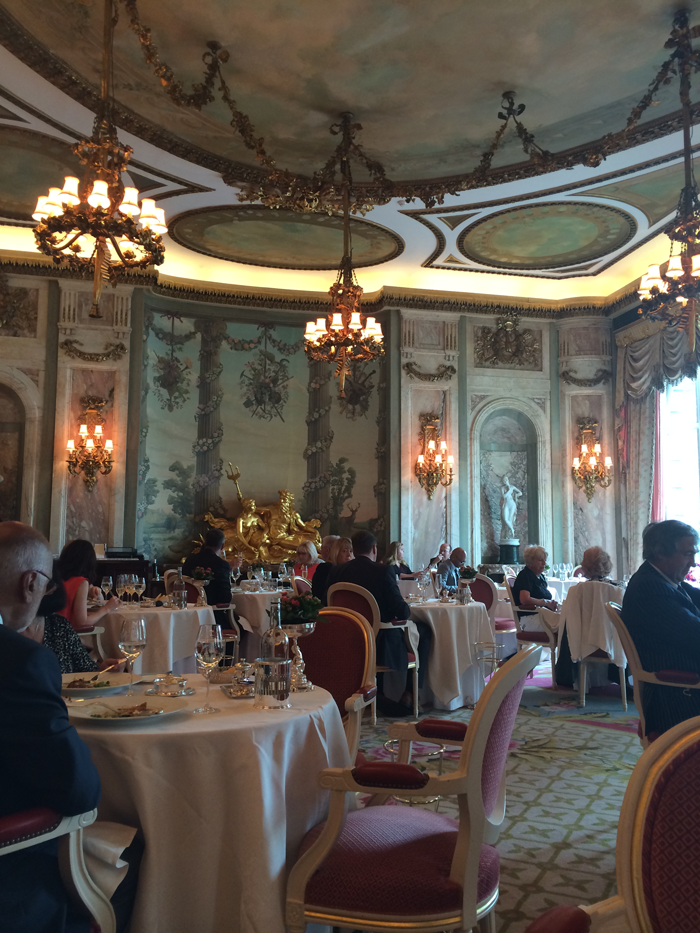 A lady played the piano behind us, the guests talked in low voices and elegantly dressed waiters glided around the room as if in formation – working in perfect unison but seemingly without ever having to consult one another on what needed to be done next.

A waiter silently presented us with a selection of amuse bouche and Mr B set to choosing from the wine menu, which was a serious business as you can see. 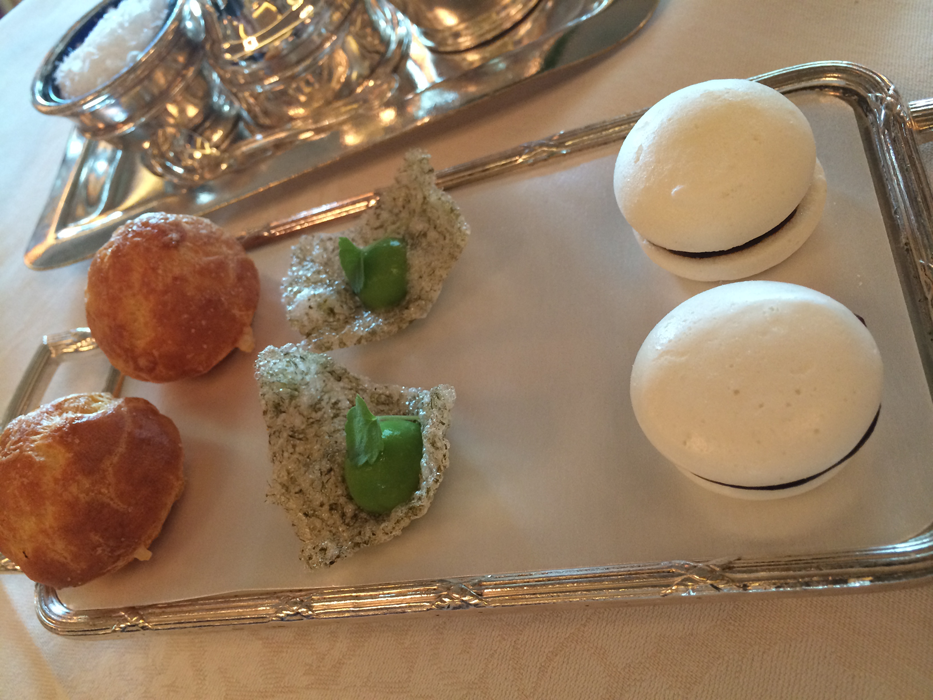 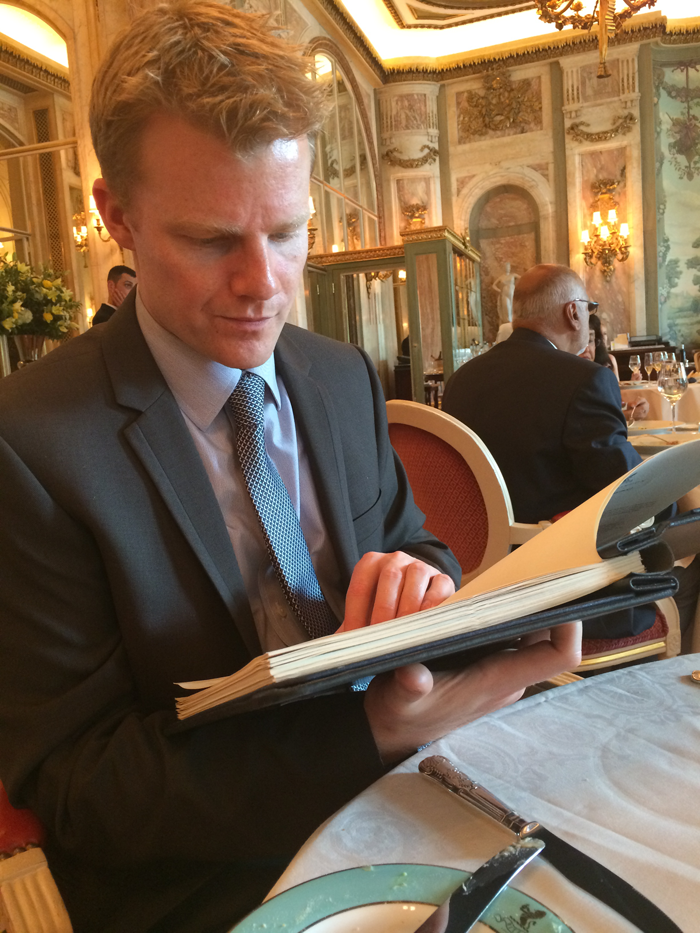 I started with chilled pea soup, with langoustine and mint. This picture does it no justice as underneath the pea green liquid was a delicious structure of pea shoots and what I think was crushed peas which the waiter then topped with the fragrant soup. It was refreshing and summery. 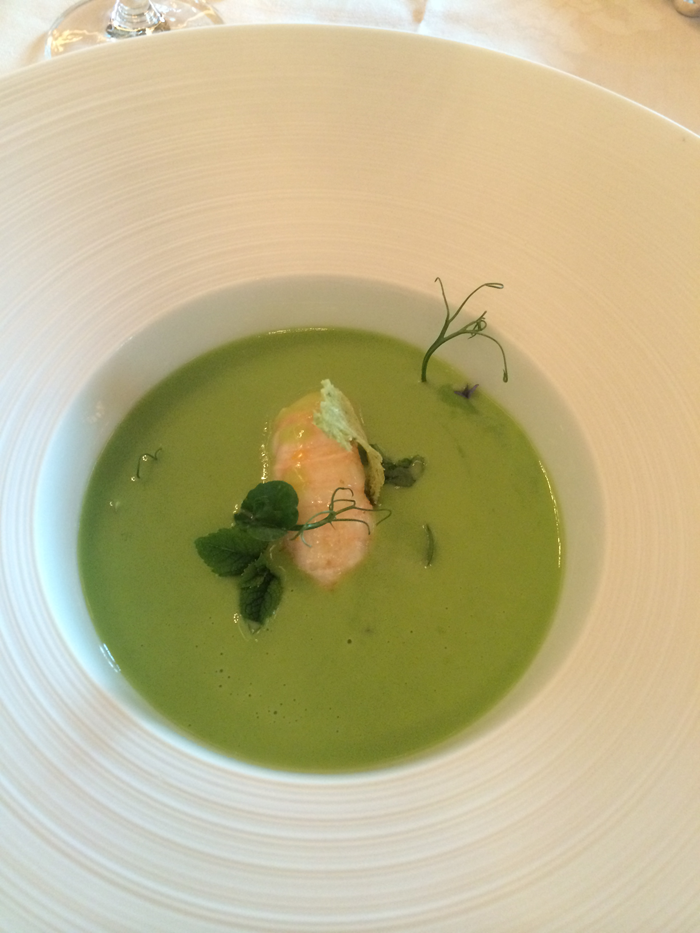 Mr B went for var salmon, with cucumber and lemon creme fraiche. 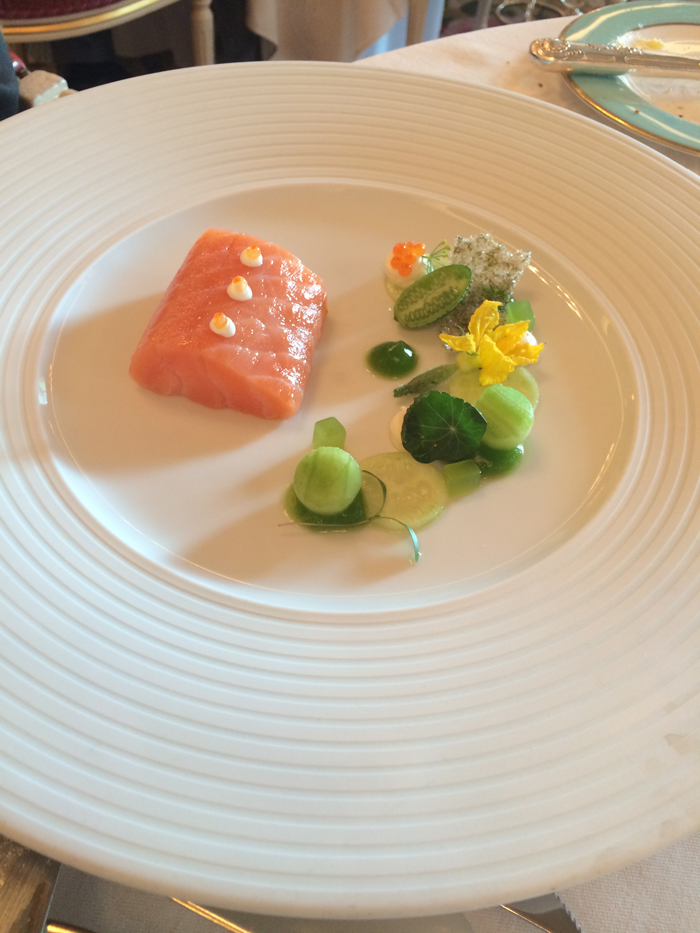 He then went for Gloucester pork with hispi cabbage, endive, black pudding and apple. 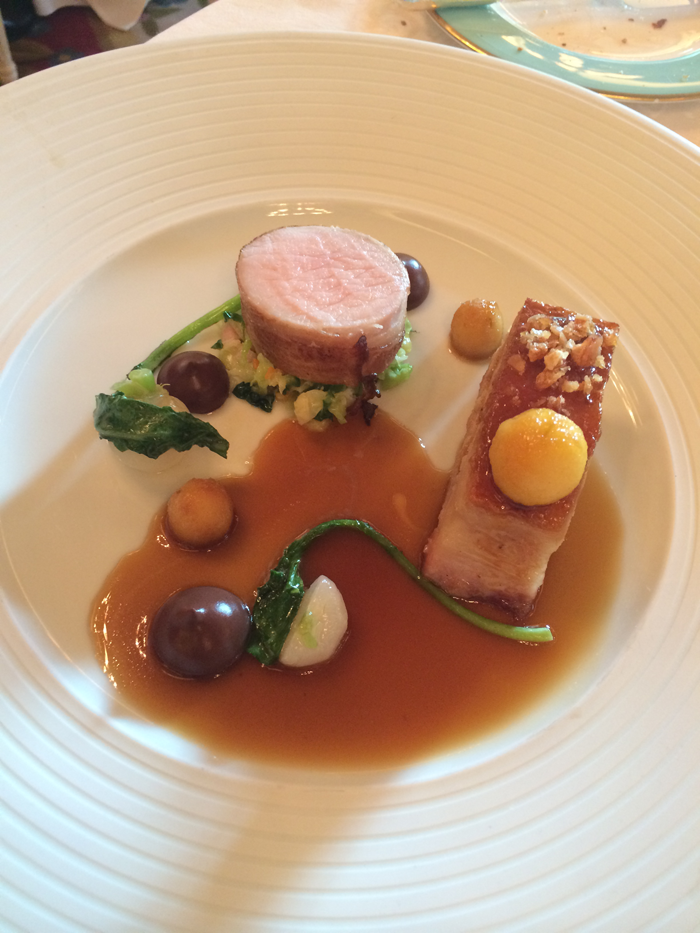 Whilst I went for sea trout with cauliflower, leeks and champagne. 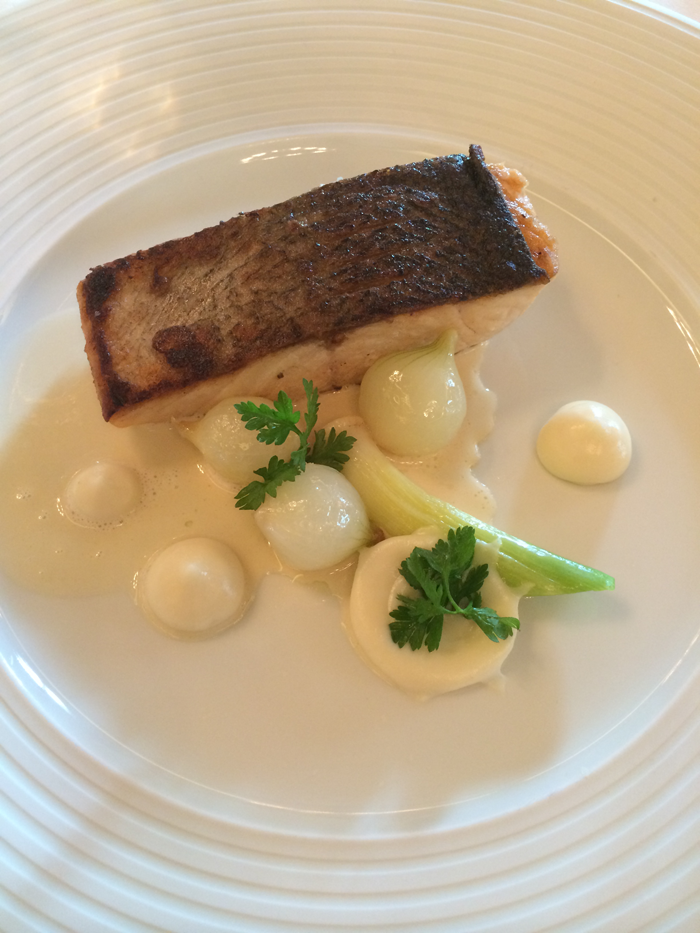 The food was beautifully cooked and presented and was delicious without being flashy or extravagant.

For dessert Mr B had lemon mousse, with chamomile and meringue, which was nice enough…. 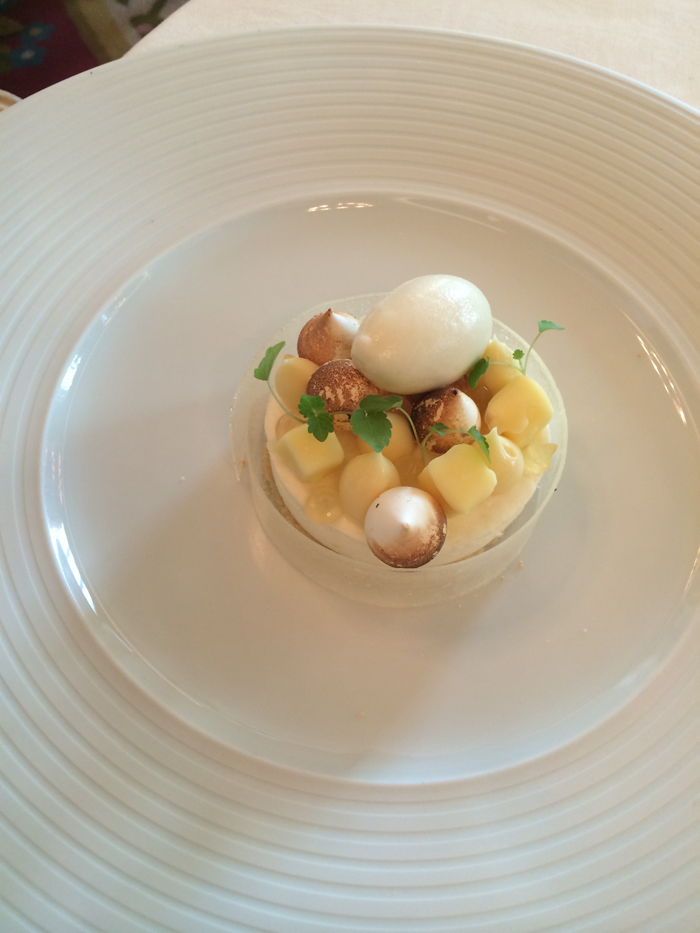 …but the real show stopper was mine.

Cherry soufflé with kirsch ripple ice cream. This is the dessert of angels. I am almost certain a chorus of hallelujahs broke out when it arrived in front of me. 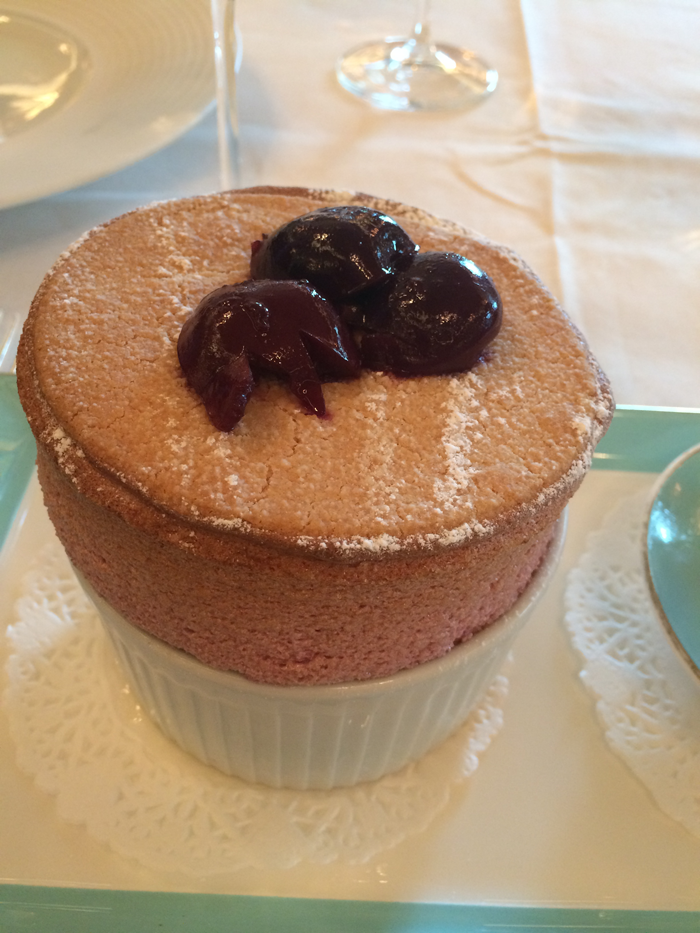 As light as air, baked to perfection and so, so yummy. I think I lost my oh-so-cool demeanour when I broke into it. 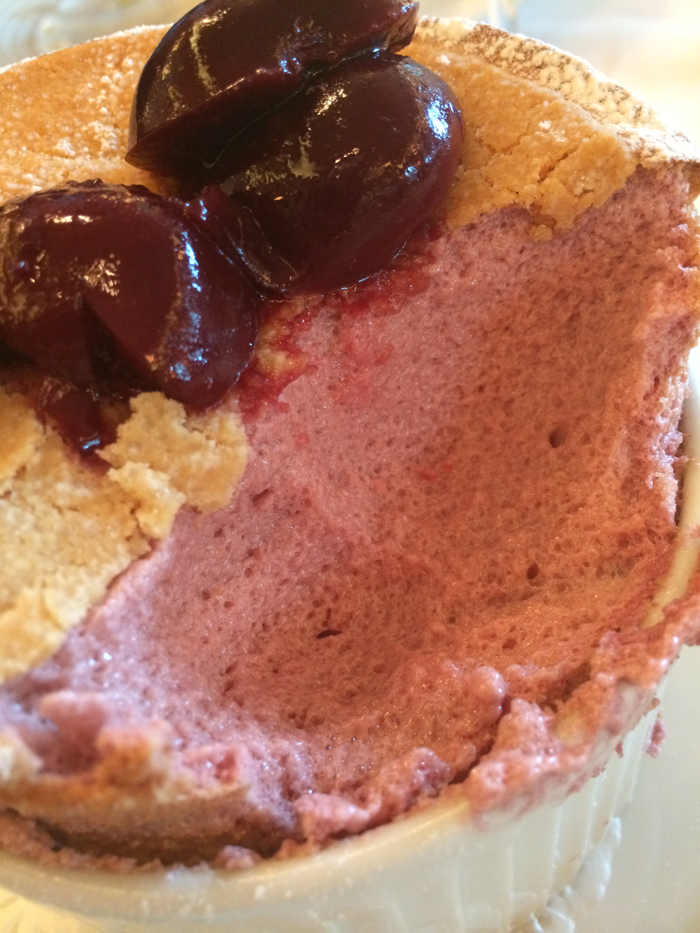 And if I thought it couldn’t get any better, I took a spoonful of the ice cream. It was smooth and creamy with a kick of wicked kirsch. It was the perfect devilish accompaniment to the angel-like soufflé. 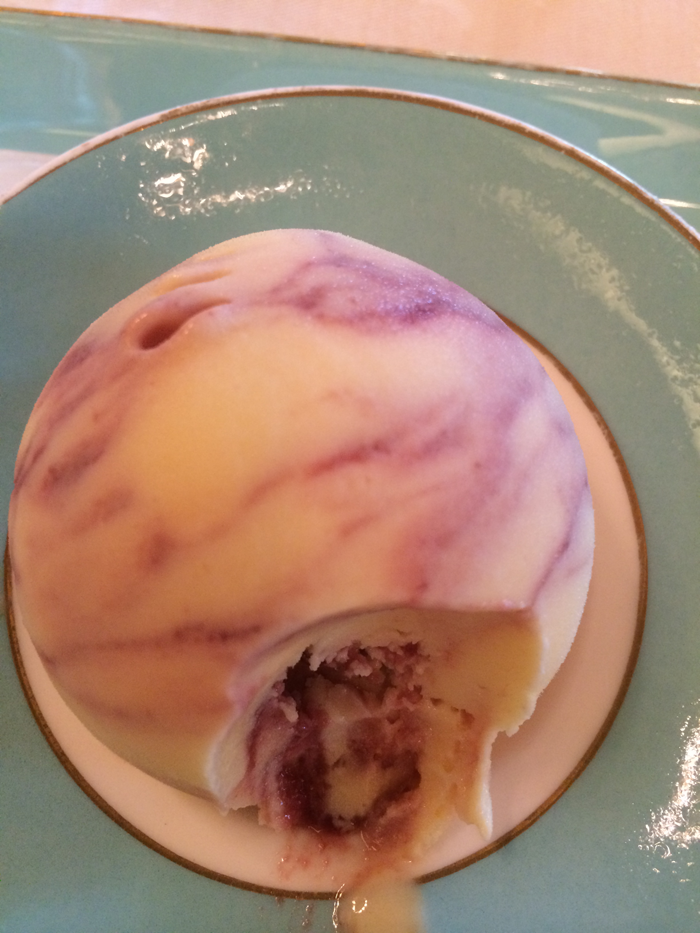 My mouth is watering just thinking about it.

Feelingly pleasantly full but not stuffed, we ordered coffee and chatted about our house renovations, and what we had each been up to the last few days as I had been working in London and we hadn’t seen each other.

Here’s one of the waiters – isn’t he just spiffing?! 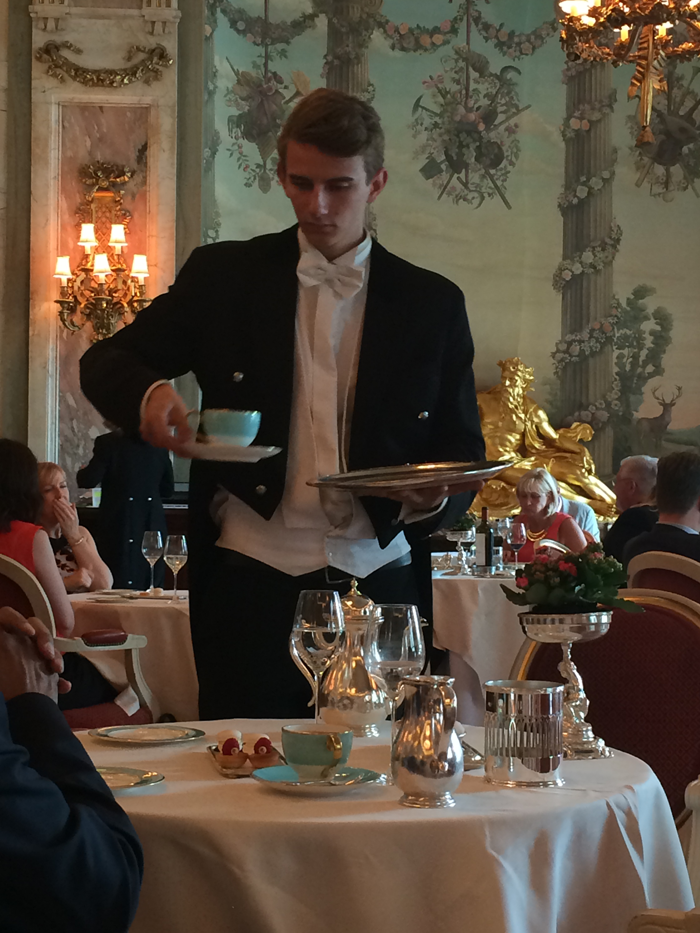 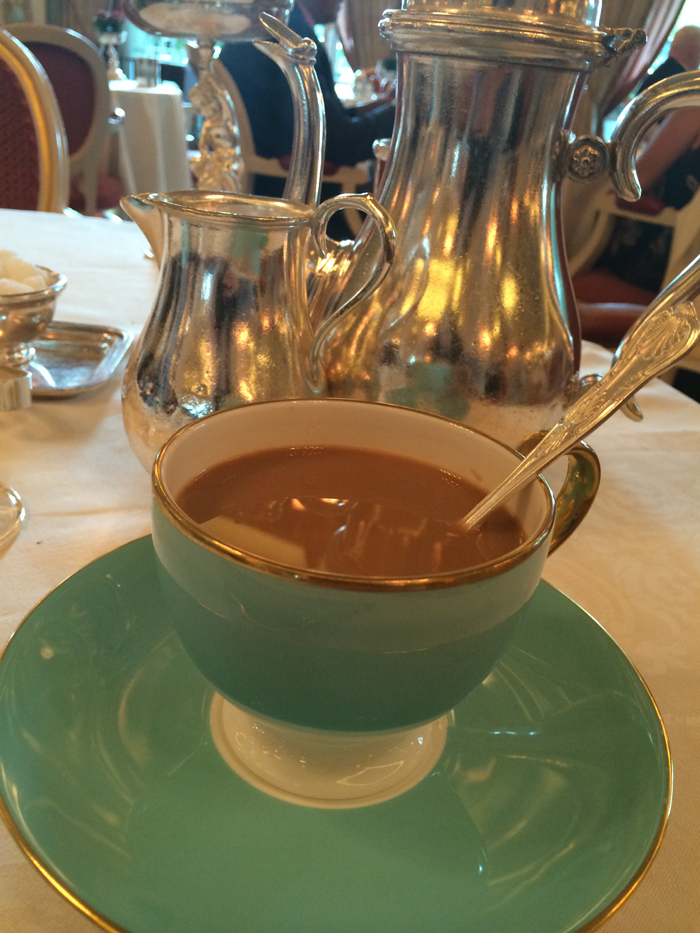 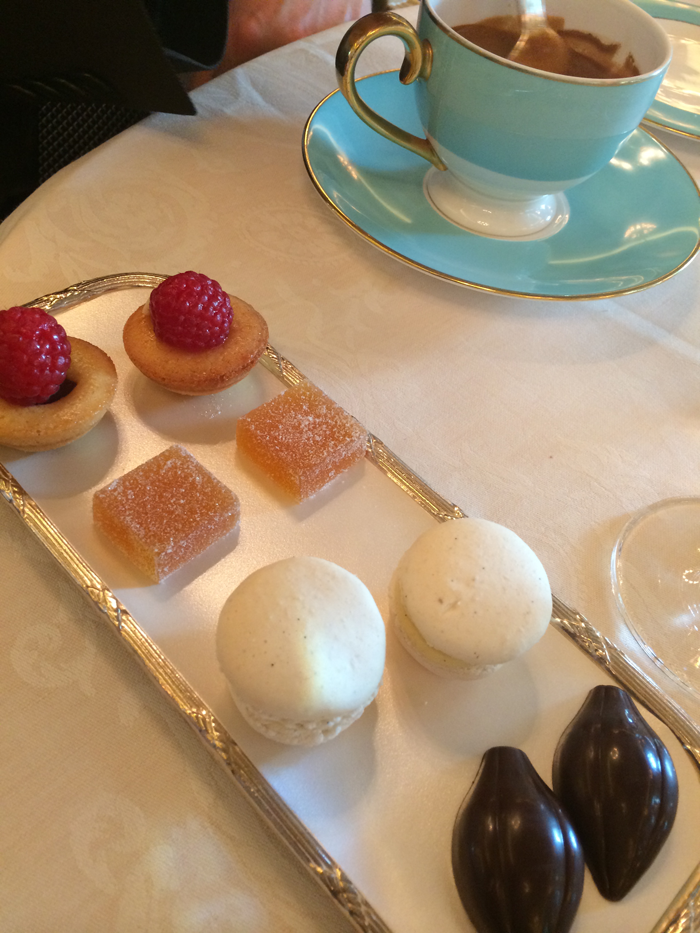 It’s not a cheap experience – we had been lucky enough to have a three course meal deal voucher which we’d been given as a gift from Mr B’s parents and we could have easily not paid a penny but we were greedy and ordered bottled water, two additional glasses of wine and two coffees which set us back over £60.

The meal from start to finish was impeccable though, traditional and formal just as it was intended when the hotel opened over 100 years ago. Some people might find it stuffy or old fashioned, but for a one-off, we loved it.

You can have a look and book here.

We left the restaurant on a bit of a high, loosing our cool composure and reverting to excited tourists. 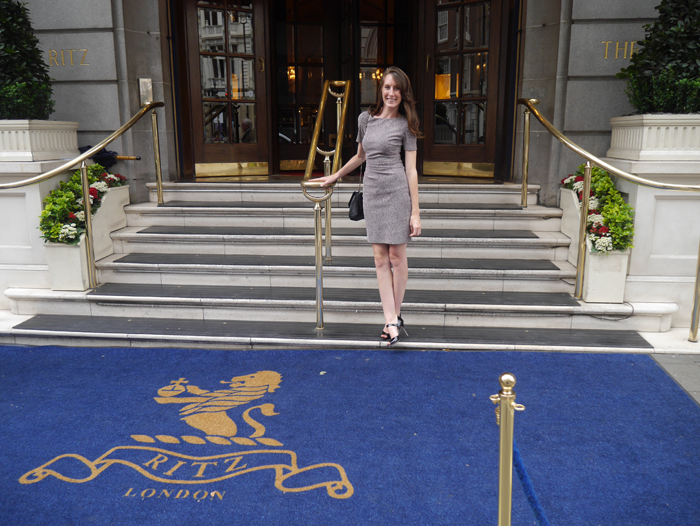 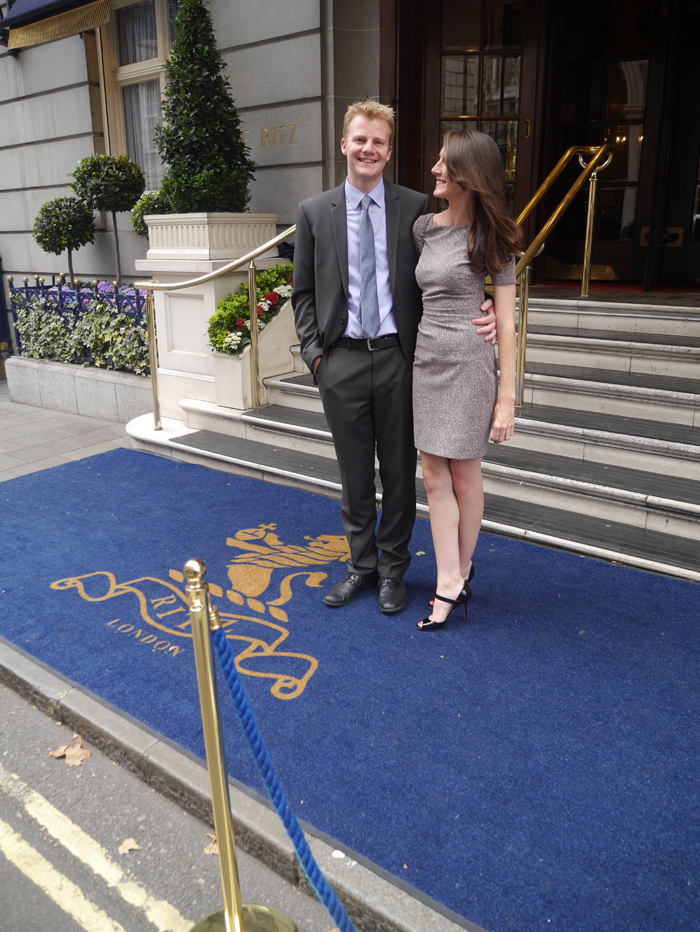 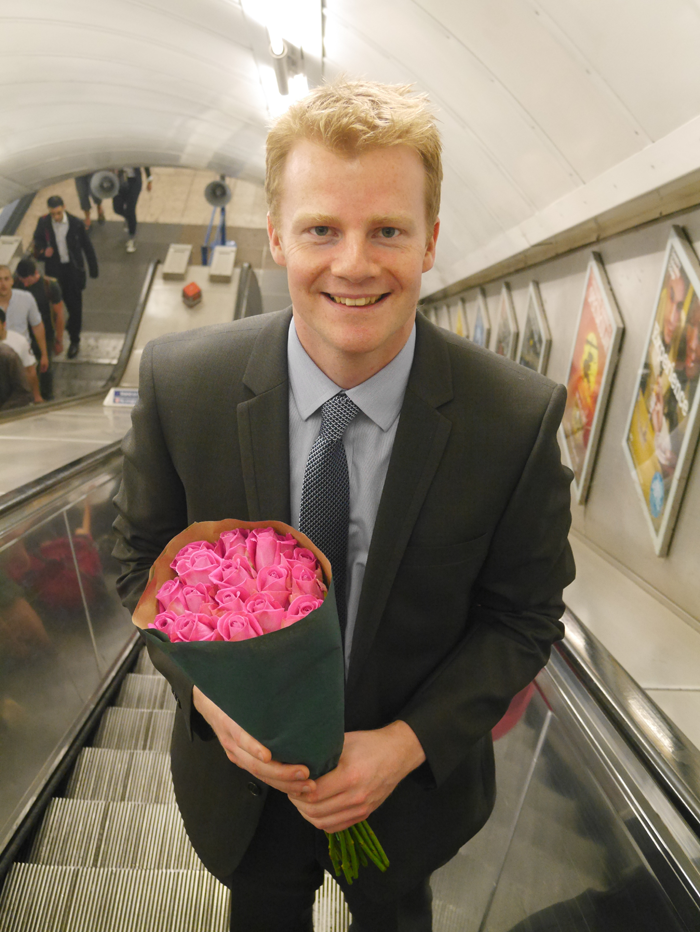 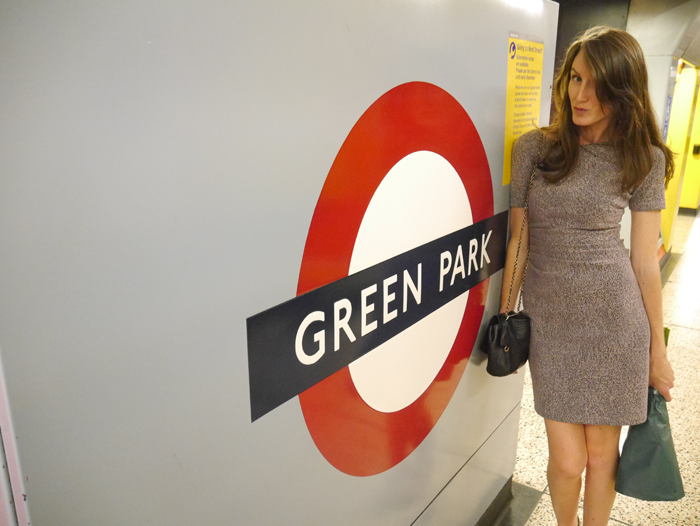 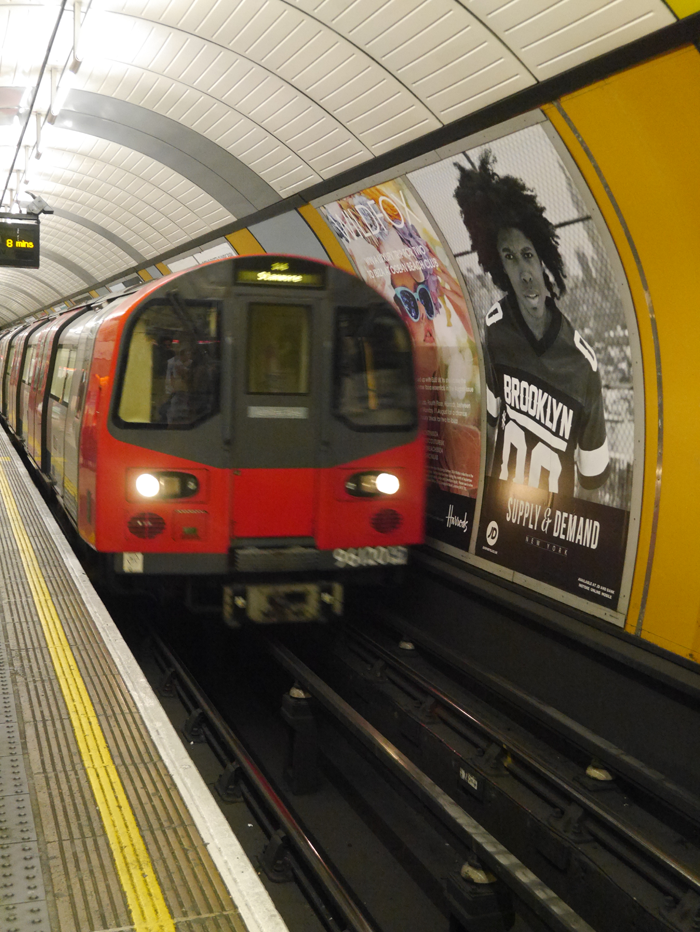 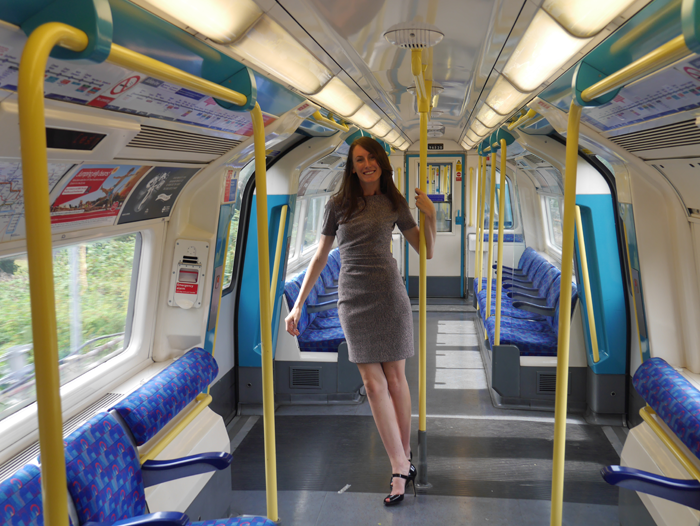 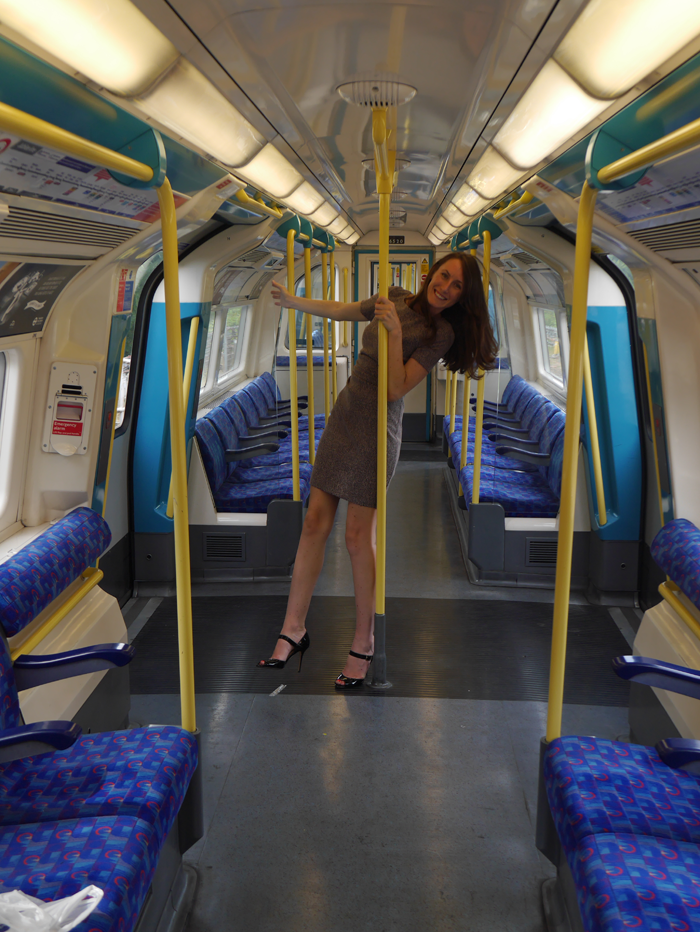 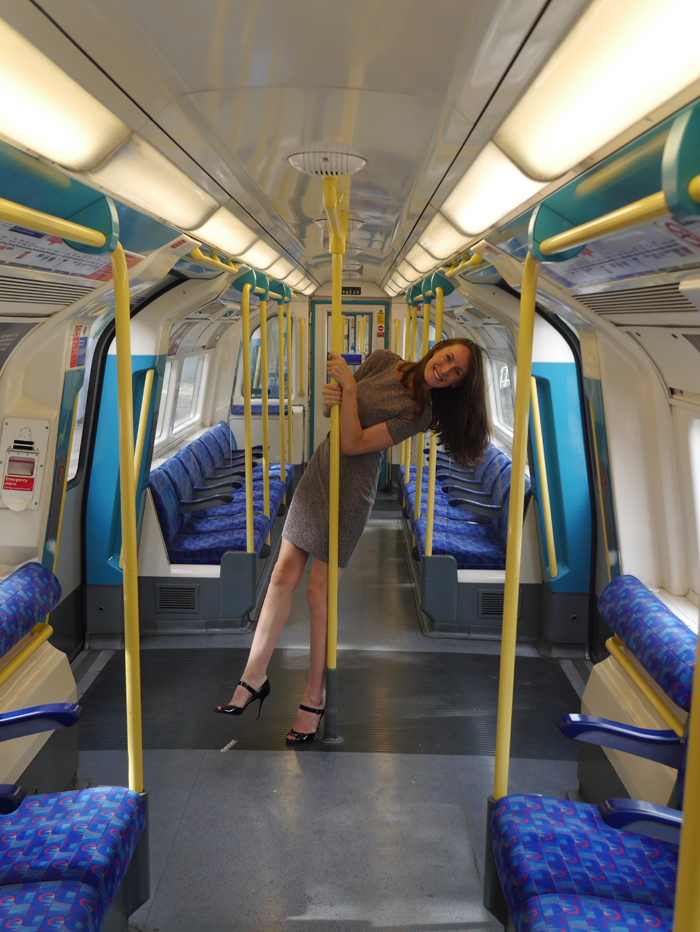