Before I moved Seb out of his own room I was approached by a brand I had never heard of to review a baby monitor. We already had a monitor and so I didn’t take them up on it.

Previously, I had a video baby monitor and although it had great reviews (which is why we bought it) there were a few things that really annoyed me about it. However, I thought they would all be much of a muchness so I didn’t think much of it.

Cue Seb then sleeping in his own room and the things that annoyed me about that monitor tripled. I got back in touch with the brand that had emailed me to see if their monitor might be any better. And I am so glad that I did.

Cubo Ai is about the smartest baby monitor I have ever come across, not to mention the cutest. Seb is ten months old now and we have been using Cubo for over four months – my only regret is that I didn’t get one sooner. 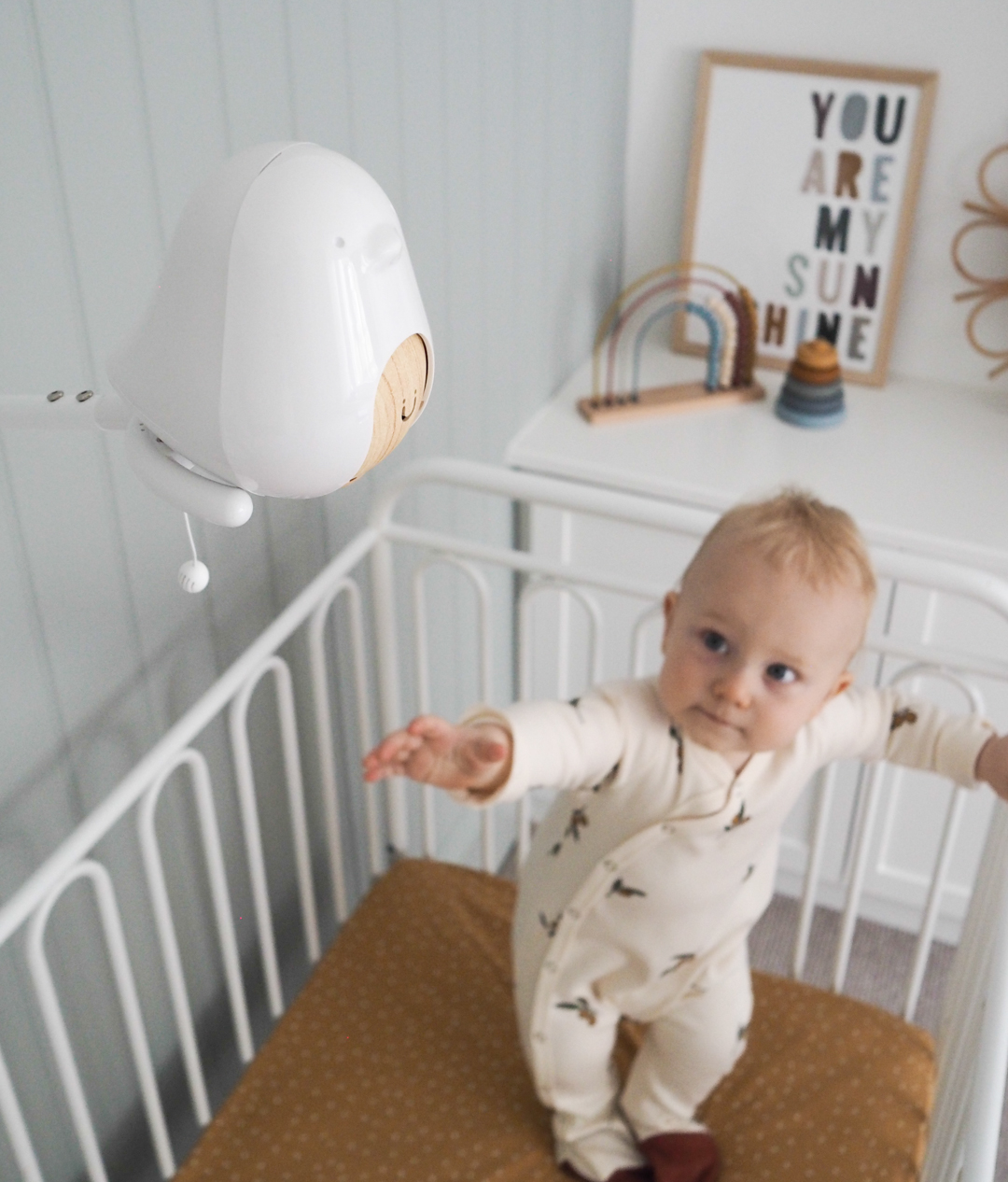 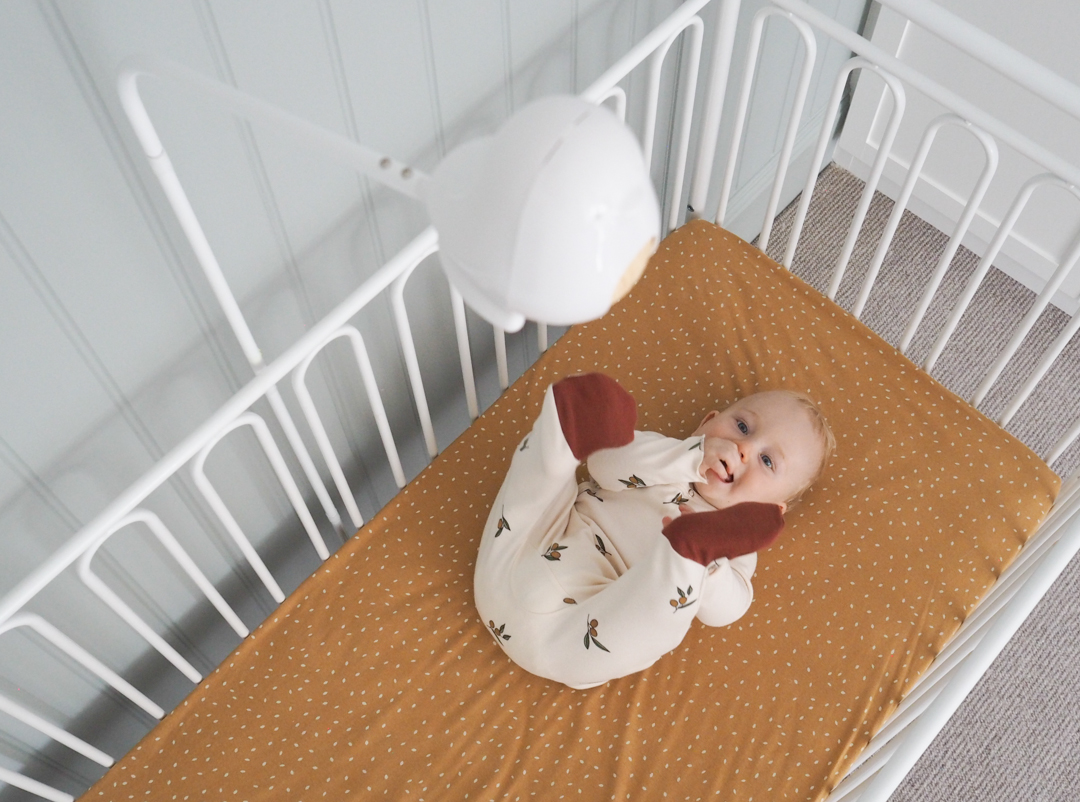 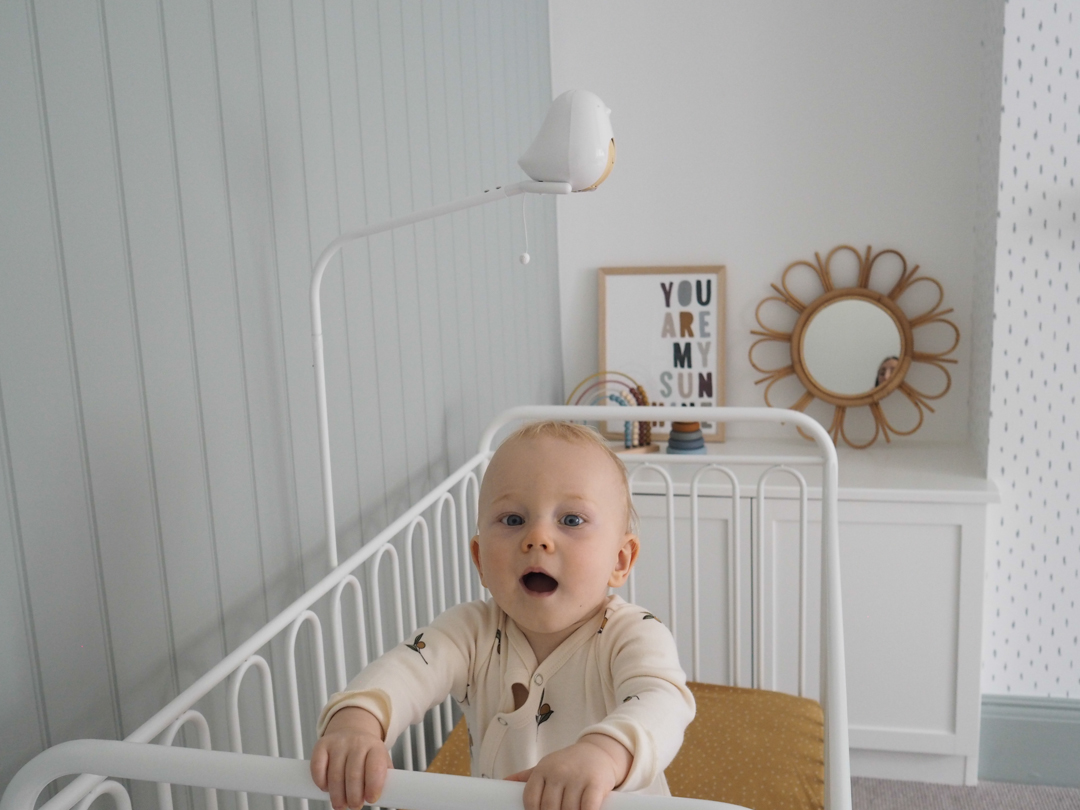 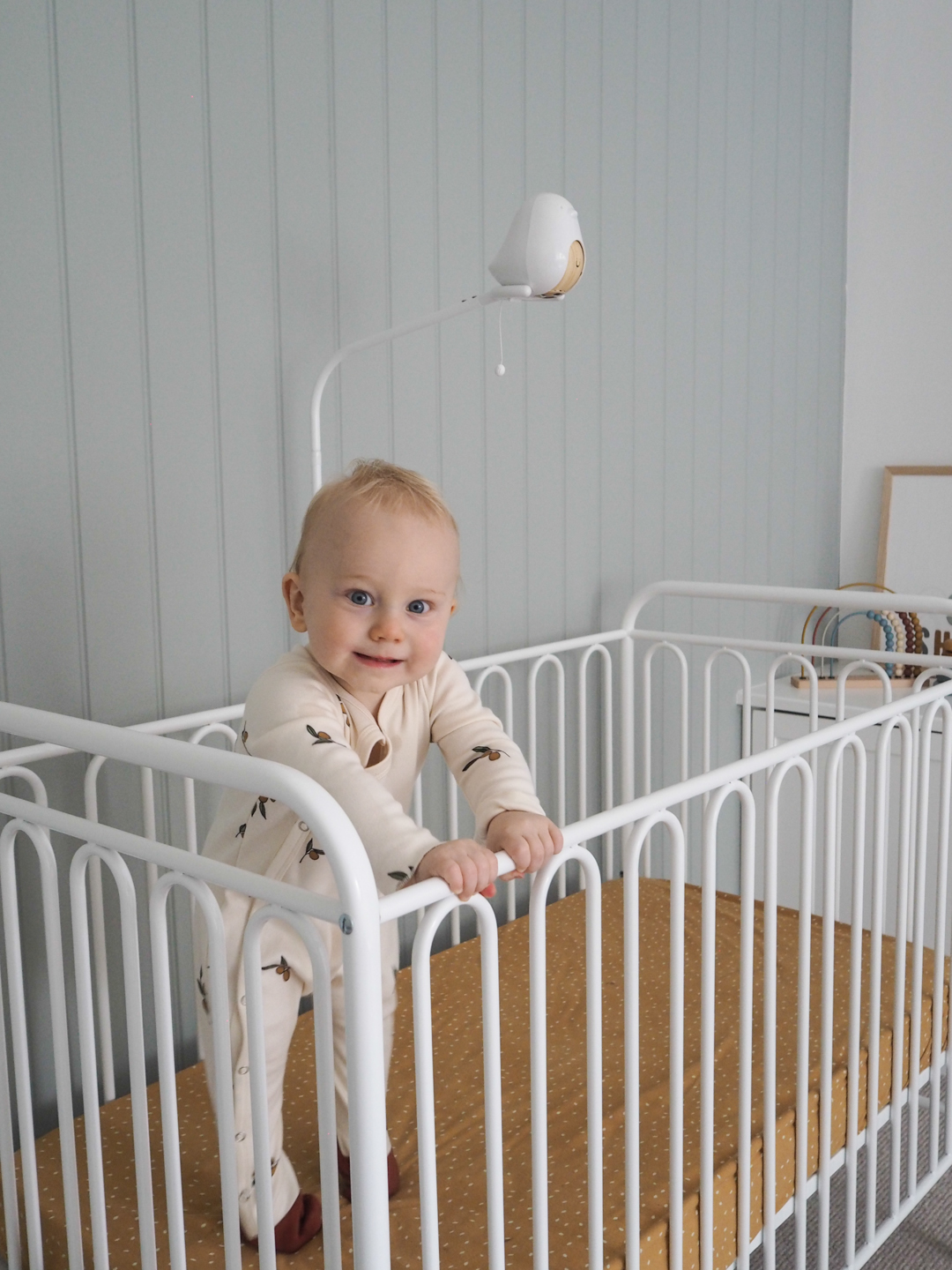 Setting up Cubo reminded me a little of Apple – i.e. it is all really straight forward, easy and intuitive. There are three different stand options – a floor stand which is what I started with, an attachment for the cot and a base to sit it on a shelf/wardrobe. Everything clicks together easily then you just download the app, use Cubo’s camera to scan the app and pair the two and then it is ready to go. 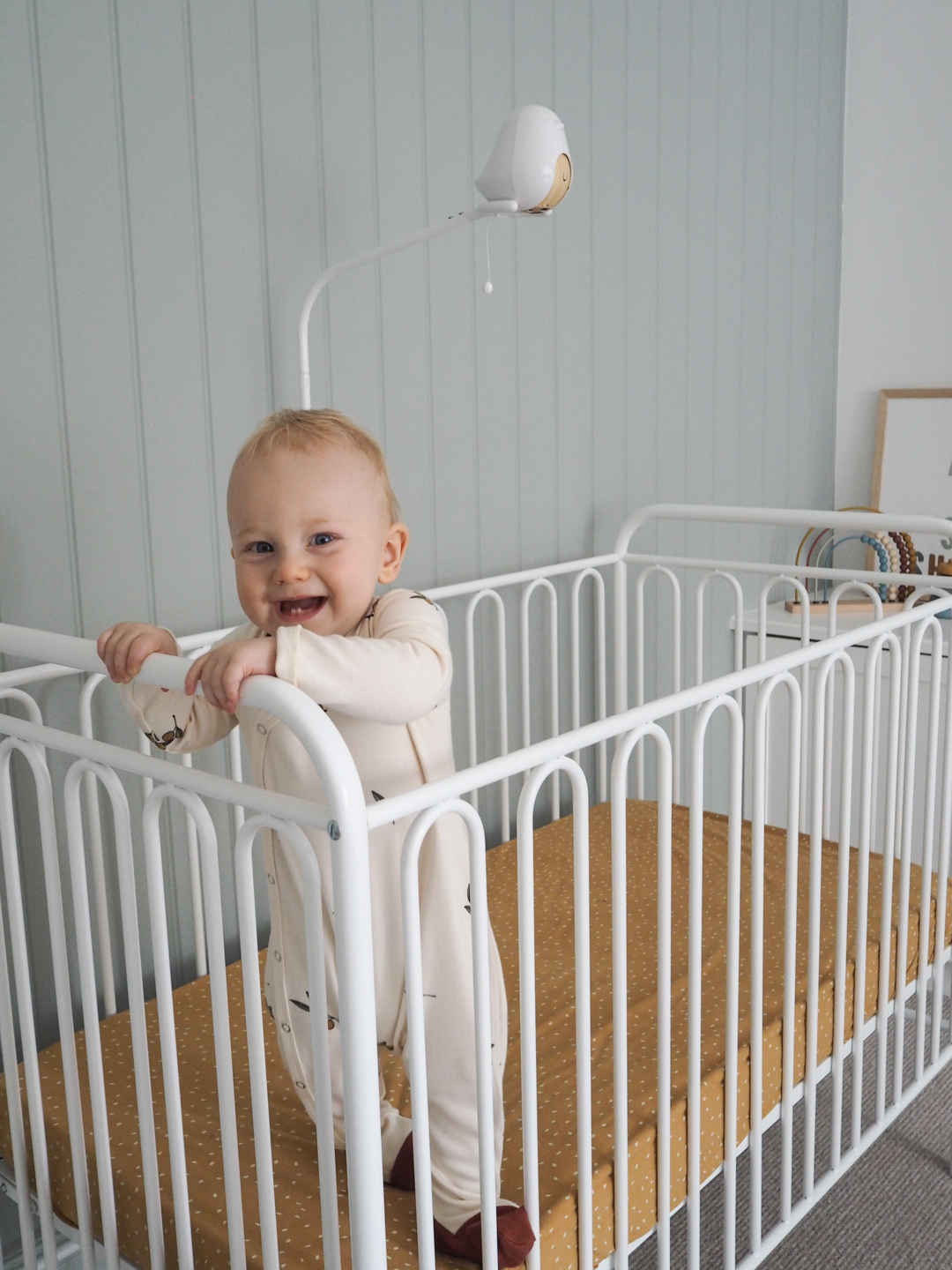 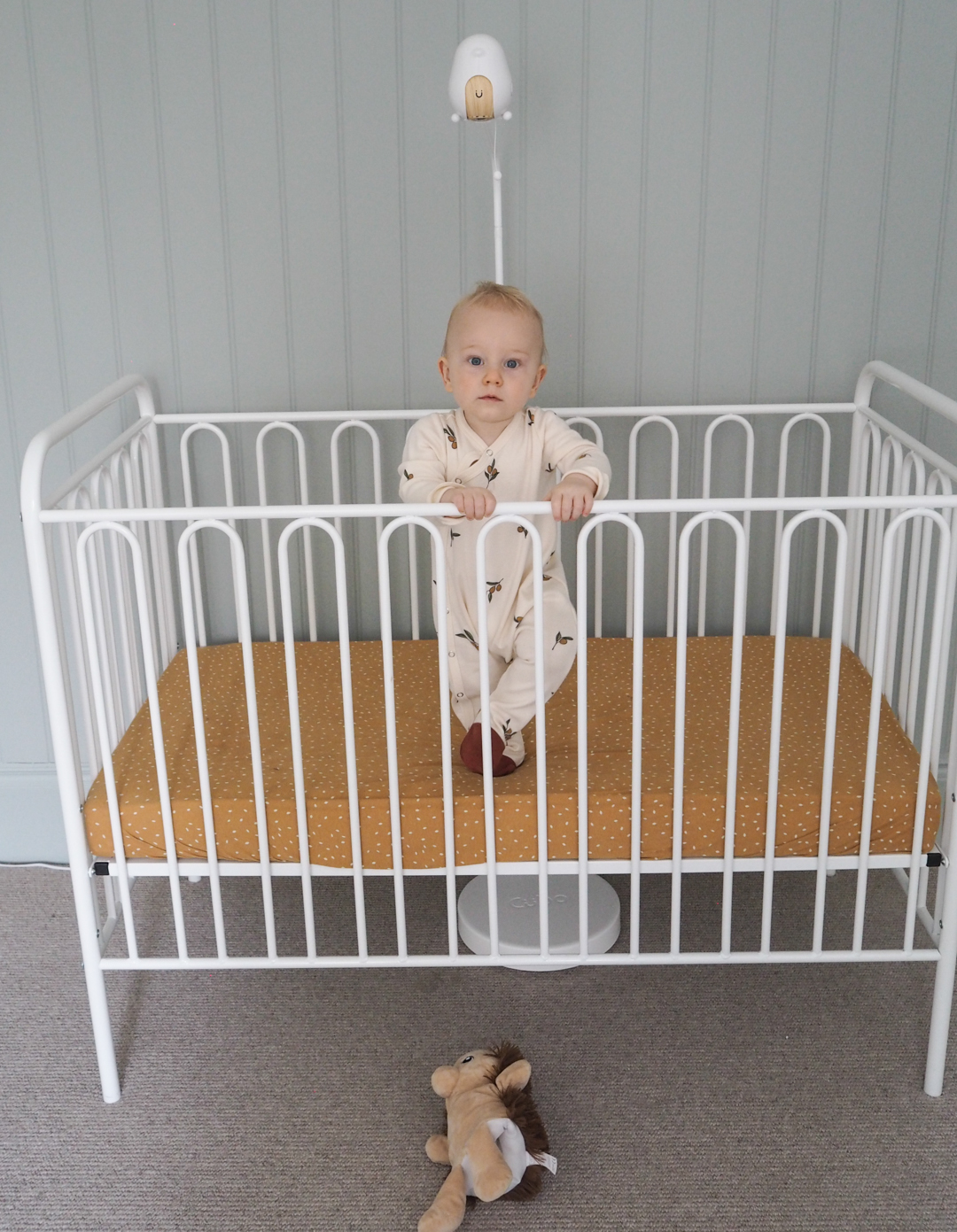 Cubo has a lot of features and they are always improving and enhancing it which I think is really great. They are interested to hear every parents feedback and they really listen which is so refreshing!

But I do have some favourite features.

I love how sharp and clear the video is especially the night vision – I can see Seb breathing! It puts my mind at ease when I go in to mum-worry-mode about something. You can also zoom in if you want to check something out close up.

And this is without a bright infrared light which can wake him up/distract him from getting back to sleep. The previous monitor I had had an infrared light that was actually quite bright once your eyes had adjusted to the darkness and if Seb woke at night you could see him staring at the light. Grr. 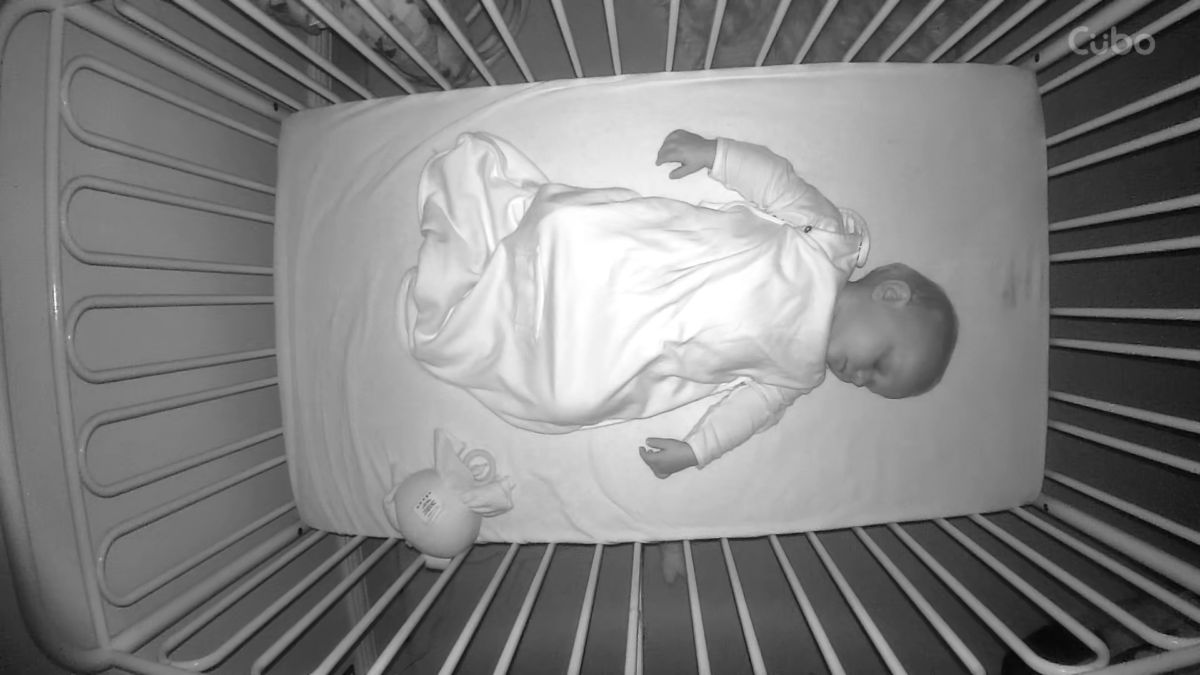 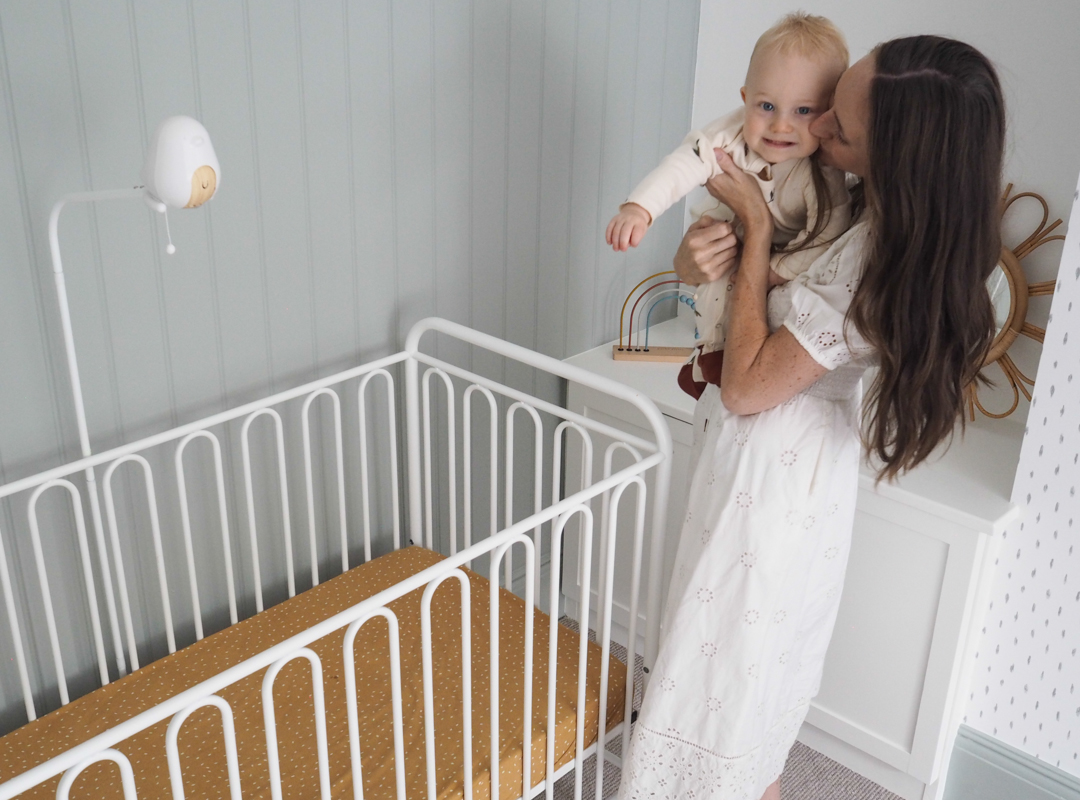 One of the most annoying aspects of the previous monitor I had is that the signal couldn’t reach very far. It really struggled with the thick walls of our old house and whilst it could reach from Seb’s room to the kitchen, it couldn’t make it as far as the kitchen sofa or the garden. This meant I was always popping back and forth to check on it.

As Cubo is based on an internet connection it has no limit – I can happily potter away at the top of the garden and keep an eye on Seb snoozing away. You can even check it from afar …don’t tell Will but when I went out one evening and Will put Seb to bed I *may* have checked in at the progress 😉 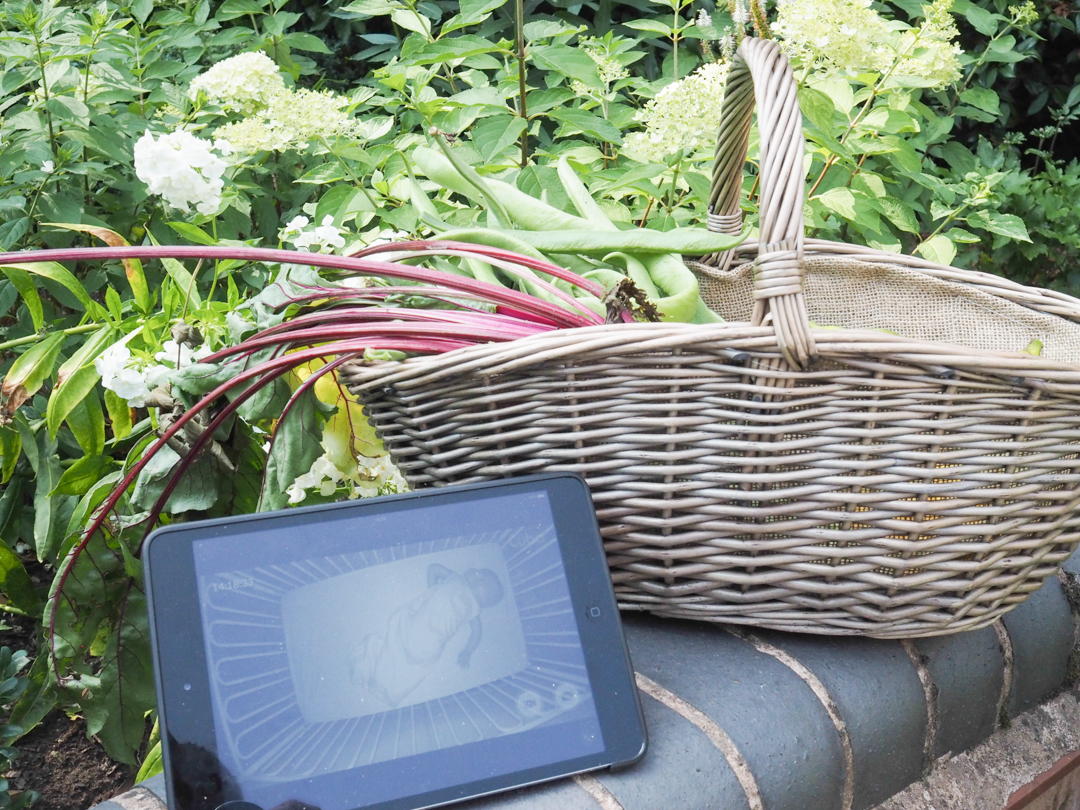 I also love that you get a bird’s eye view of the whole cot and the little one inside it. It means I can see exactly what he is up to – which became all the more important when he learned to roll over, then stand up, then roam around his cot having a party! 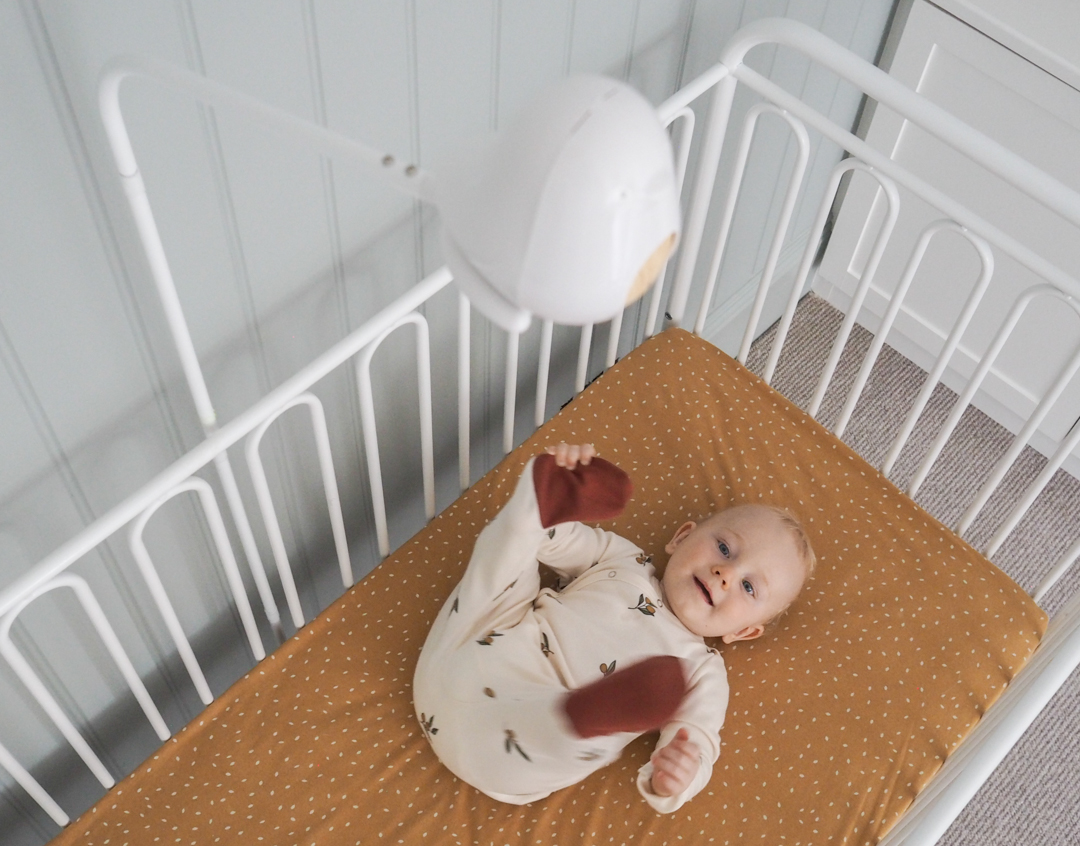 If you follow me on Instagram you’ll already know that we have had quite a journey with Seb’s sleep. Silent reflux meant that he often had a disturbed night’s sleep and so when he went in to his own room I was worried that I wouldn’t know if he was sleeping well or not.

Cubo has an amazing feature where you can rewind and play back the last 18 hours – so I can see exactly when he fell asleep and woke up which is so helpful to make sure I keep him on a good nap schedule.

It’s also great for showing Will the funny things he gets up to like throwing his toy out of the cot or having a rave when he should be having a nap! 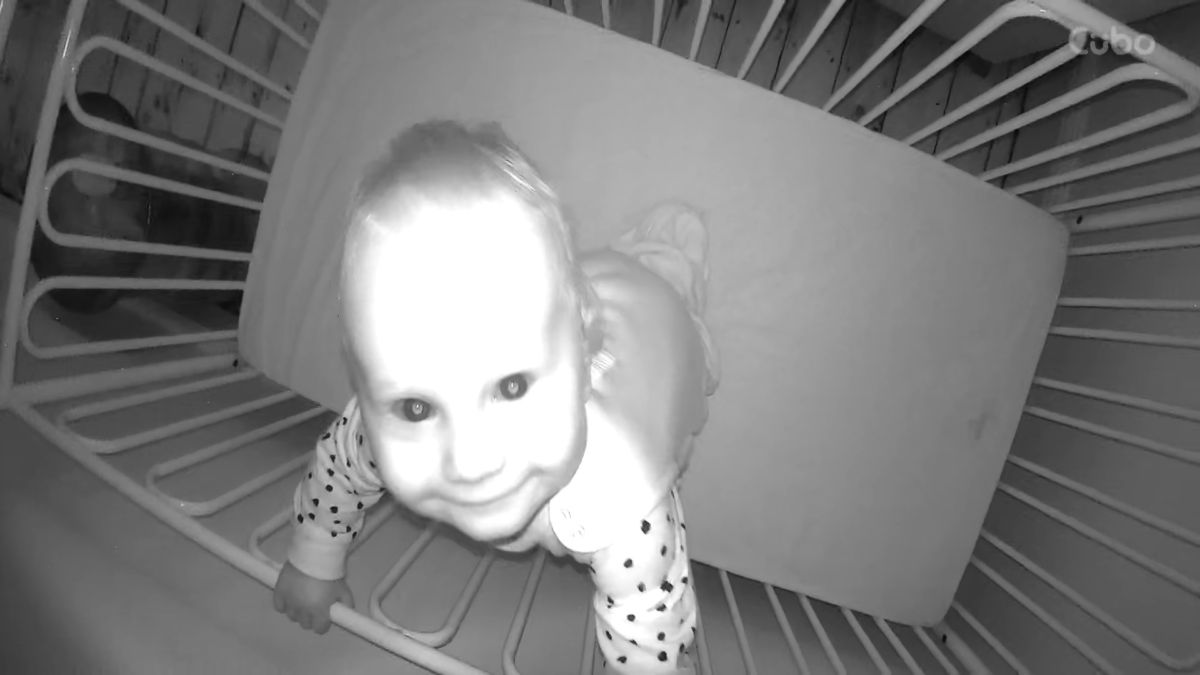 It really is very cute

I know this shouldn’t be a reason to love it, but I can’t help myself. Just because it is clever doesn’t mean it can’t look good too. And Seb loves it. Like really loves it! We have to say good morning and good night to Cubo every day and as soon as he sees it he bursts into the biggest grin. We have even caught him on camera smiling up at it. It’s a true love affair! 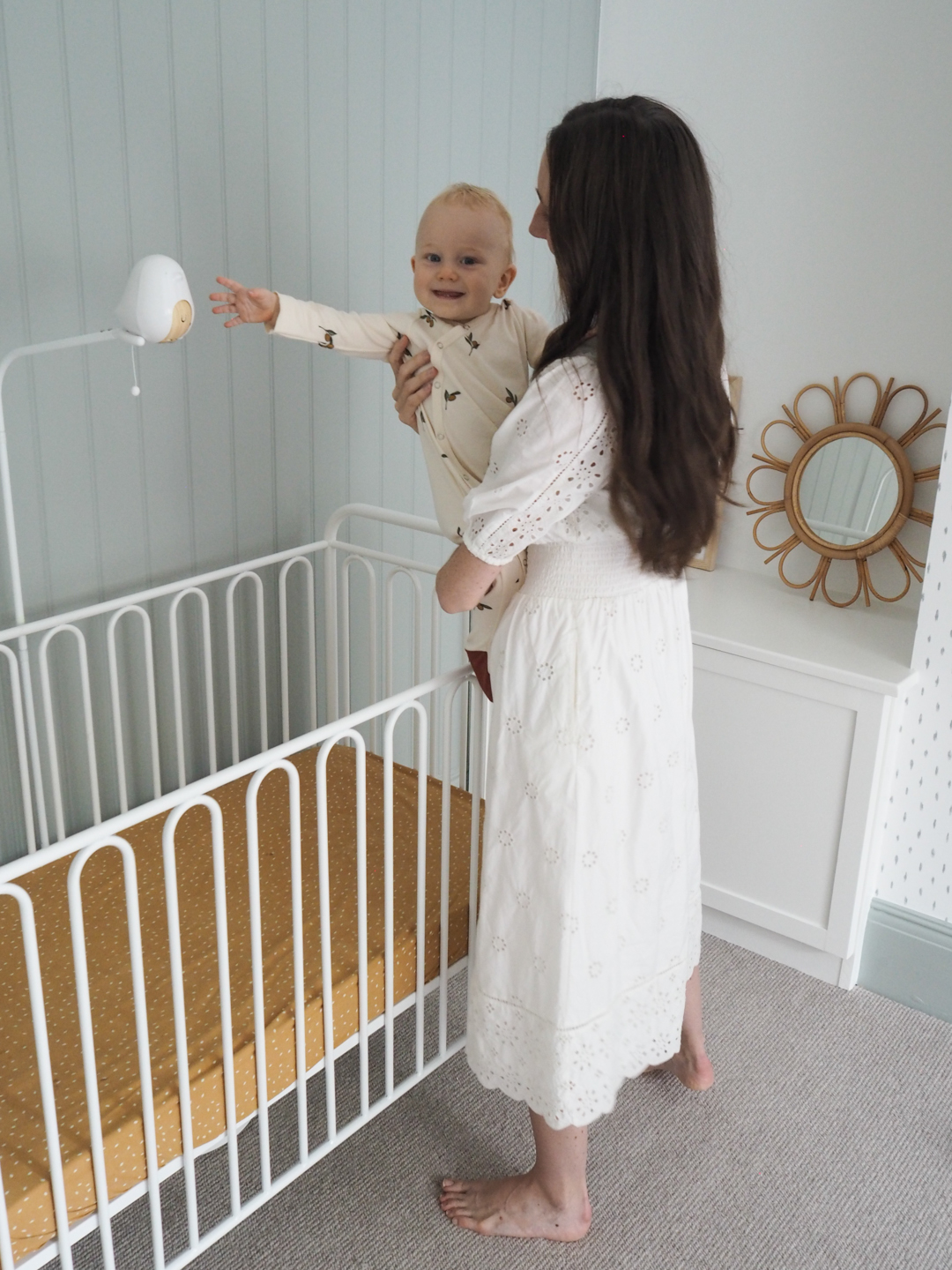 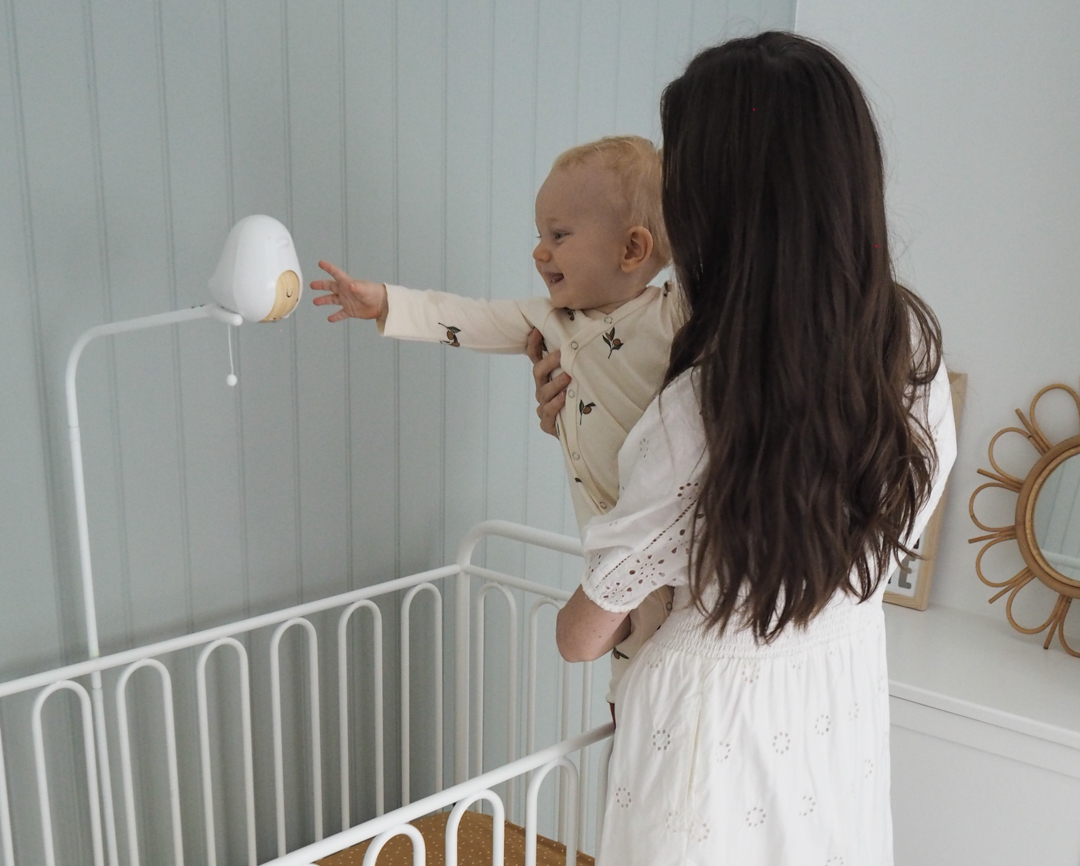 Other features on the Cubo Ai Baby Monitor

And that’s not all.

Covered face and cry detection alerts – If the baby rolls over, cover’s his face or cries you get an alert (chirp chirp) to let you know. Once Seb was rolling over like a good un, I turned this off but it would be really useful for the newborn stage or for when your baby can roll from back to front but not yet back on to their back.

Sleep analytics – a newish feature is sleep analytics. An hour after the baby wakes, you are able to see an overview of how they slept that night. It tells you when they woke up, if they cried, and how long it took them to get back to sleep and more. This has been really interesting for me to see especially with Seb’s reflux and food sensitivities. I have been keeping track of what he eats and his sleep to see if there are any patterns. 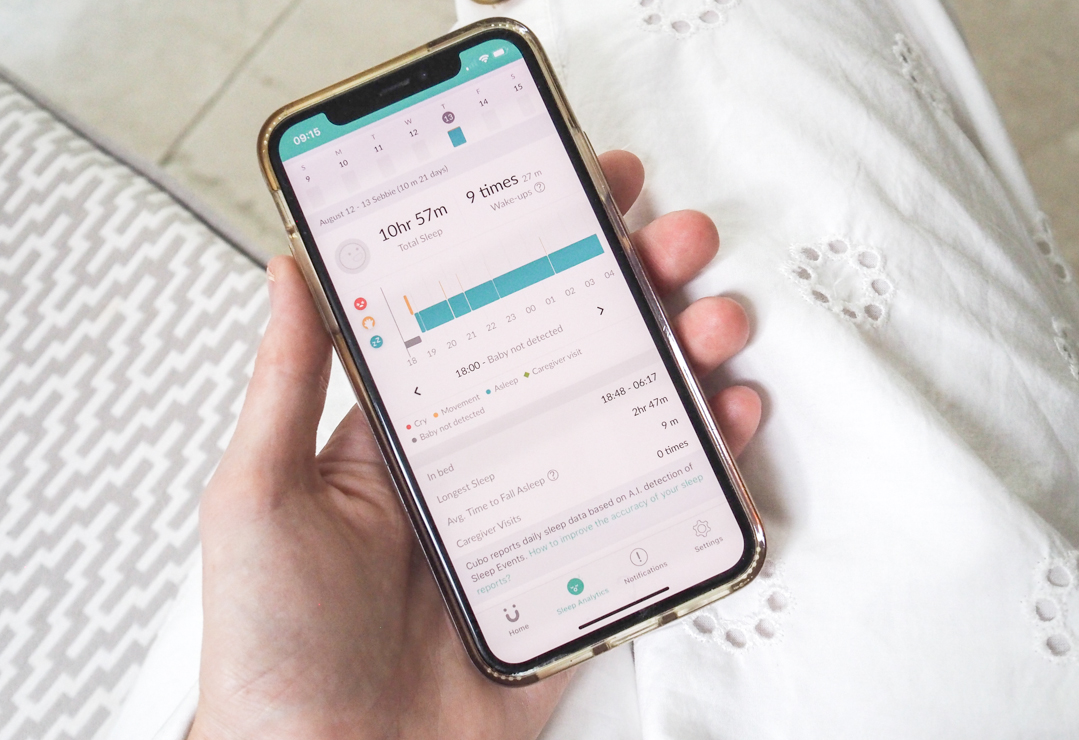 Automatic photo capture  – you can take a picture or video of the screen and save it to your phone’s camera roll. This has been a lot of fun especially when Seb first pulled himself up to sitting in his cot and then to standing. I sent Will the videos so he didn’t miss a thing! In fact, Cubo automatically takes a series of photos or videos if the baby is doing anything interesting and saves it to a wall in the app for you. It has caught some pretty cute moments for us to look back on. 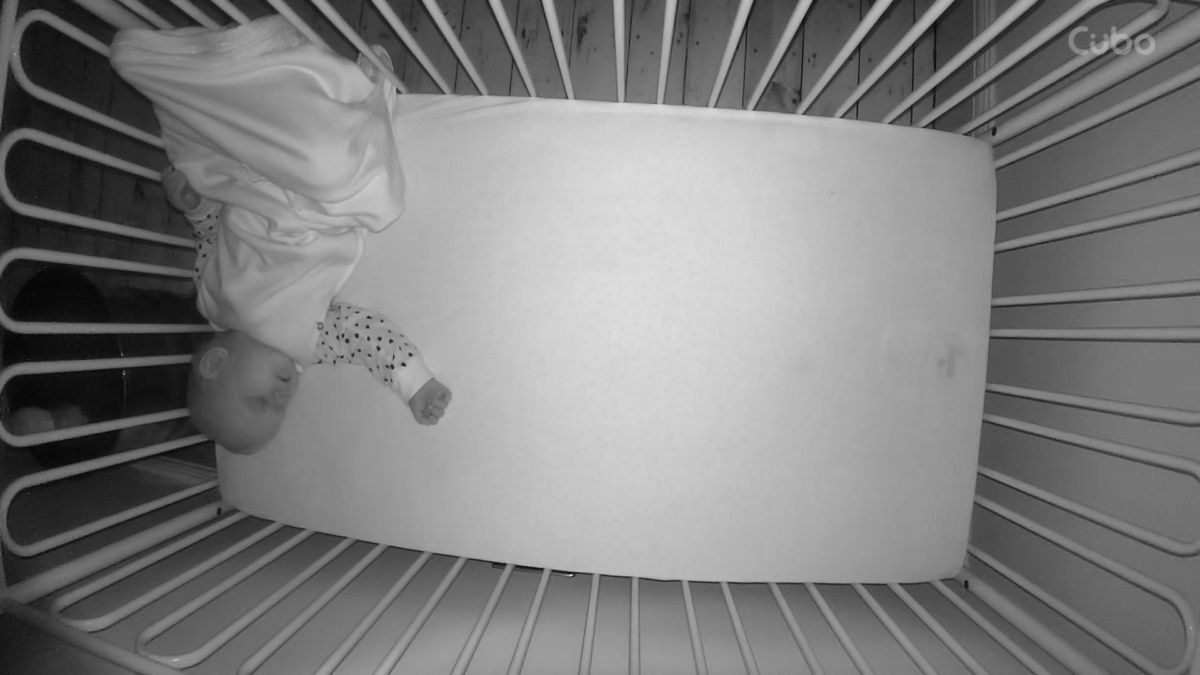 The Cubo Ai Team have been kind enough to share an amazing discount code with me which makes this cute little bird an absolute no-brainer.

Find more about Cubo Ai here and use code CUBOGREEN to get an extra
discount on the sale price!