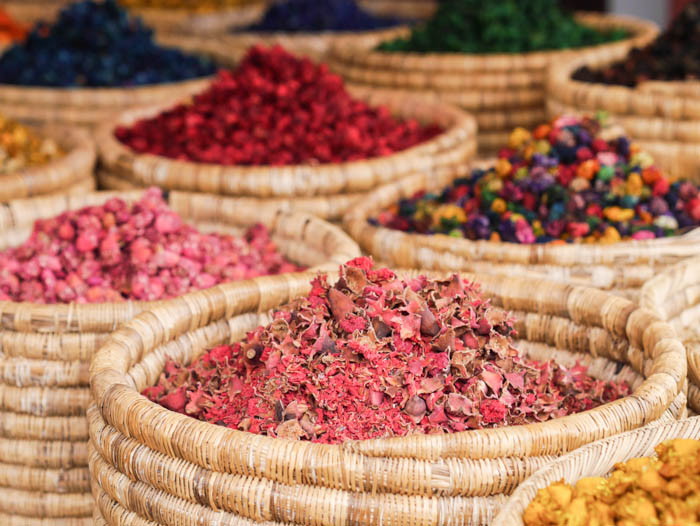 After our exciting stay in Kasbah Tamadot in the Atlas Mountains (where I became a wife-to-be) we headed back down to lower ground to our originally planned destination, the medina.

It is an old fortified city, jam packed with people, donkeys, stalls, tourists, motorbikes, dirt tracks and terracotta walls. They call it the red city.

We were dropped off by our car about a ten minute walk from where we were staying through the winding maze of paths that are far too narrow for cars. People, bikes, donkeys and carts and motorbikes all jostle for space; it is every man for themselves! 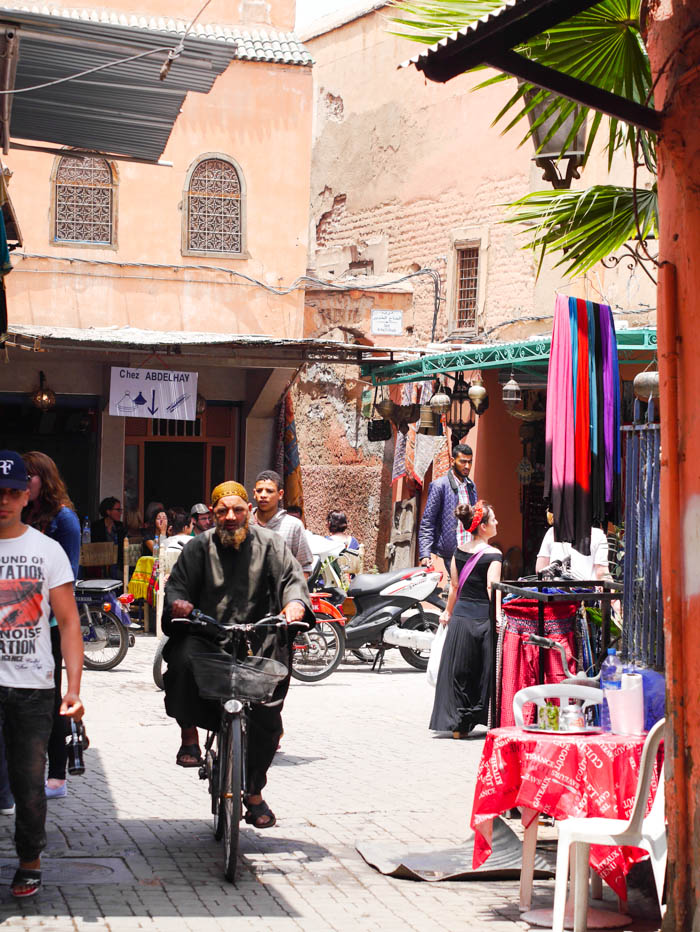 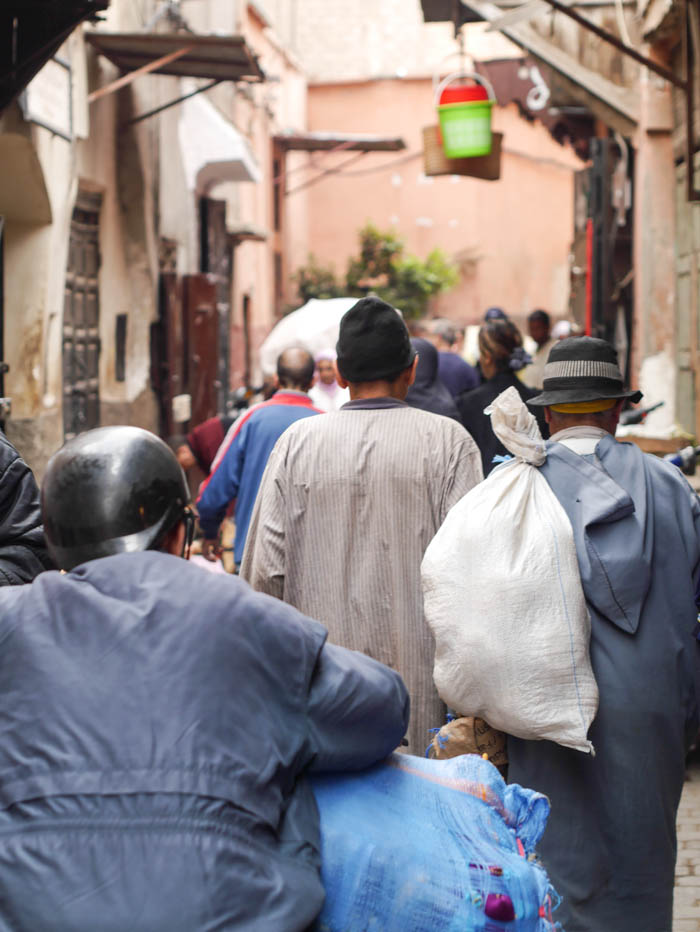 We followed our guide with our eyes were wide open, taking in the dramatic change of pace from the peace and tranquility we had just come from and adapting to this frenetic and rich environment. Quite simply, it batters your senses. Sights, sounds, smells, textures – everything in our bodies on red alert trying to take it all in.

We finally and safely arrived at our riad –  which is a traditional Moroccan house or palace with an interior garden or courtyard (i’ll do another post on where we stayed), dropped our bags and headed out again to explore/get lost amongst the madness. 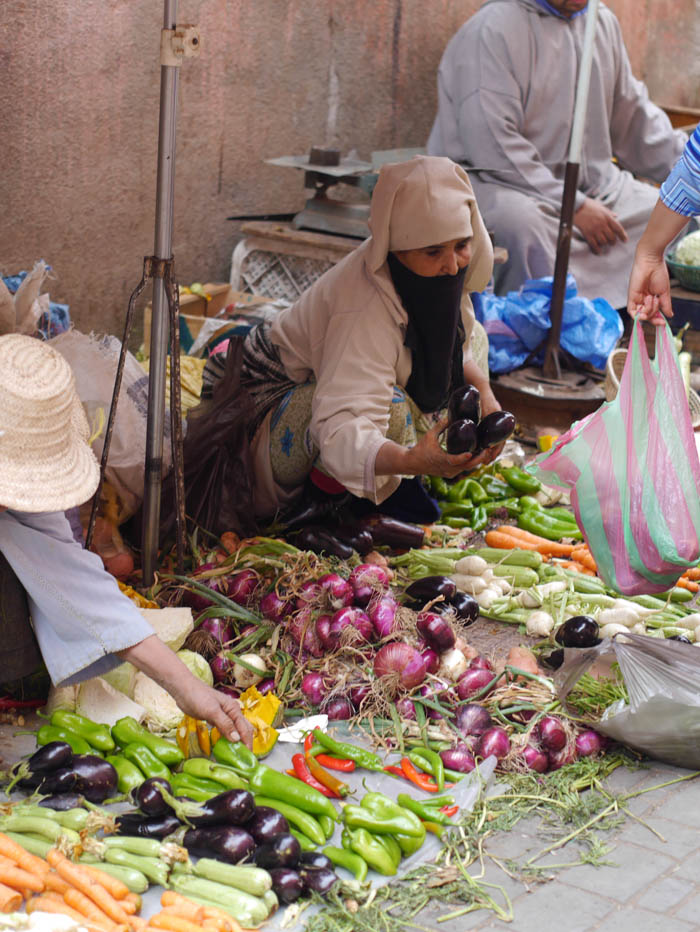 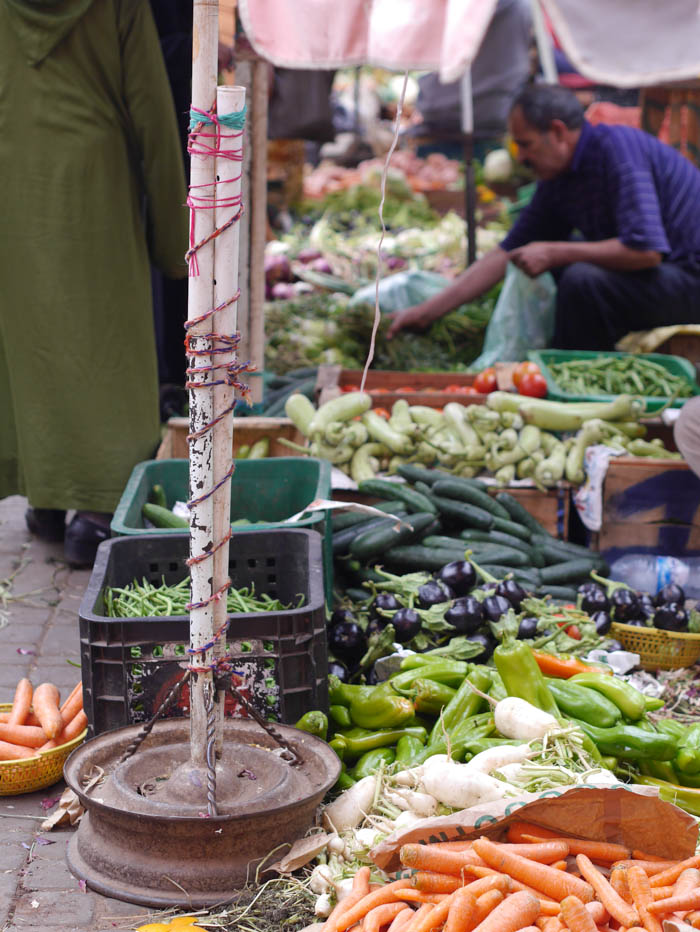 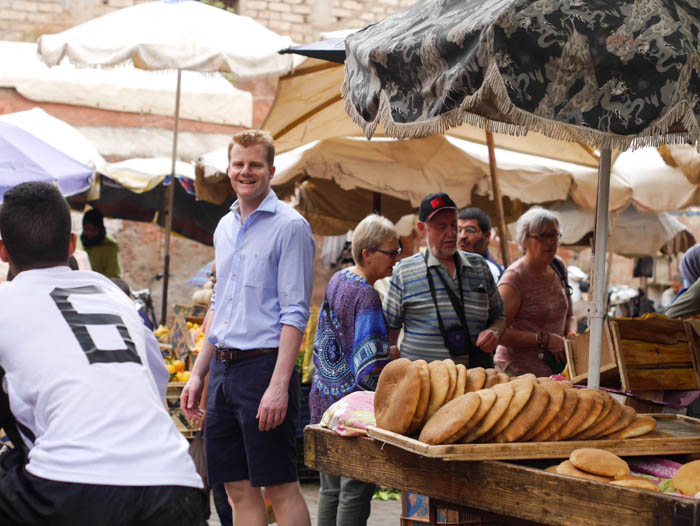 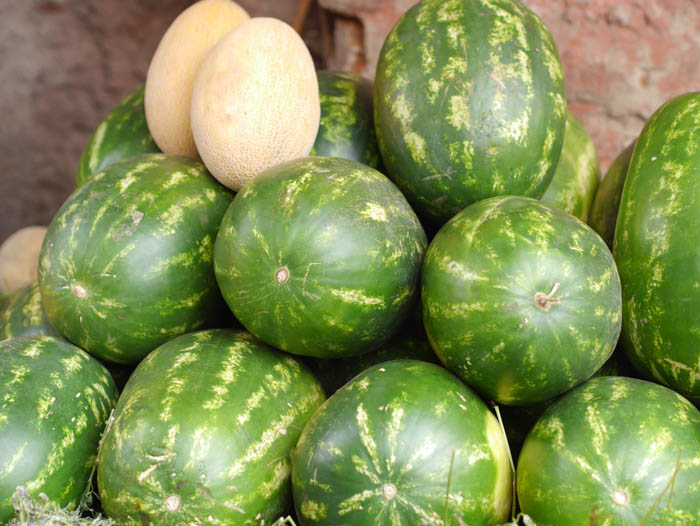 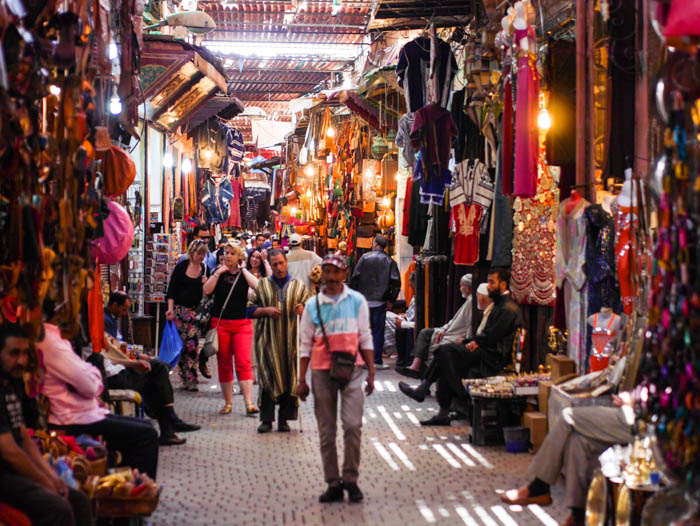 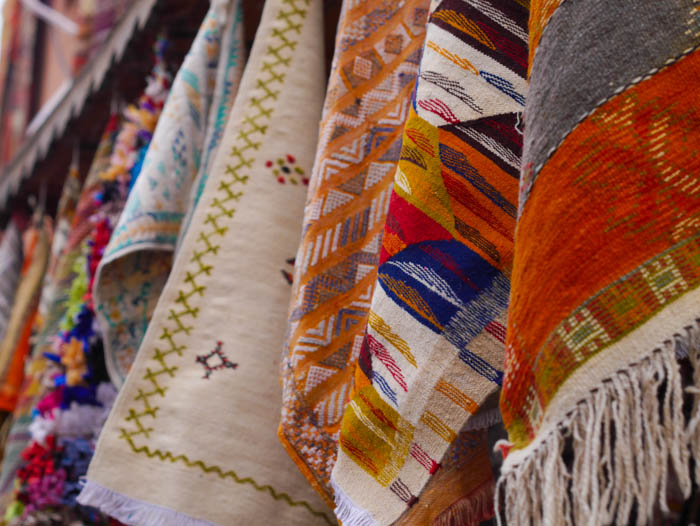 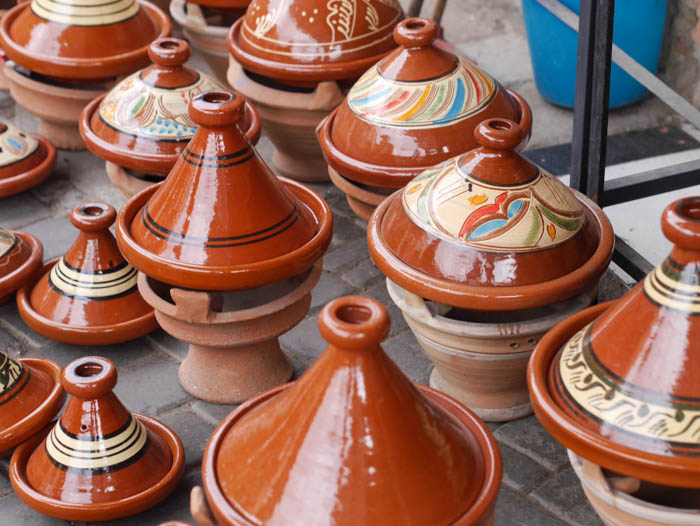 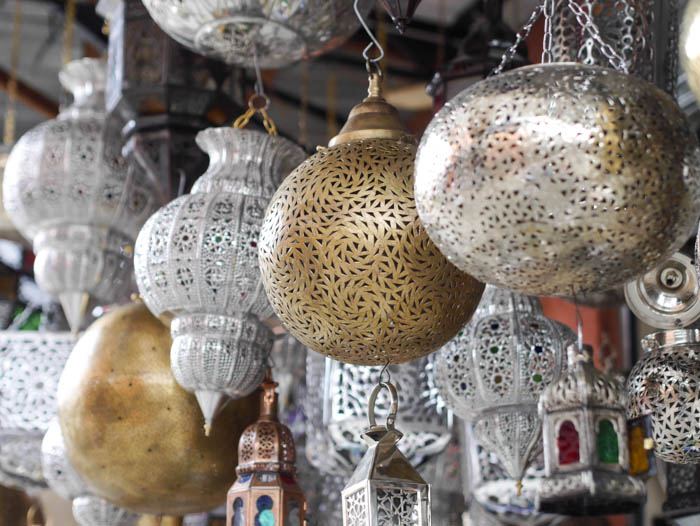 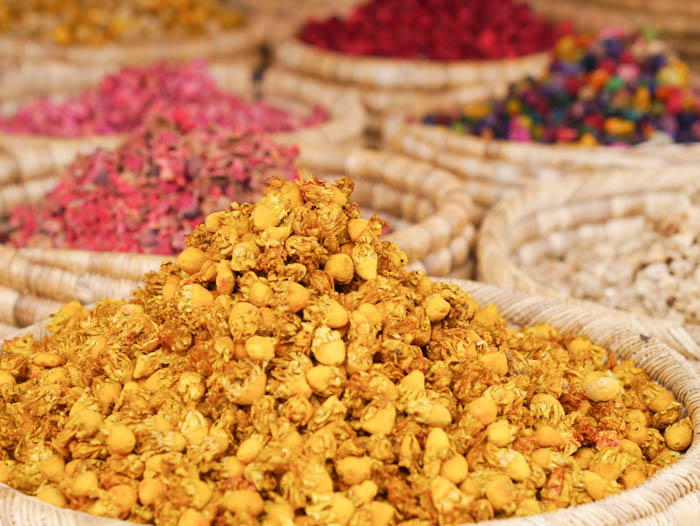 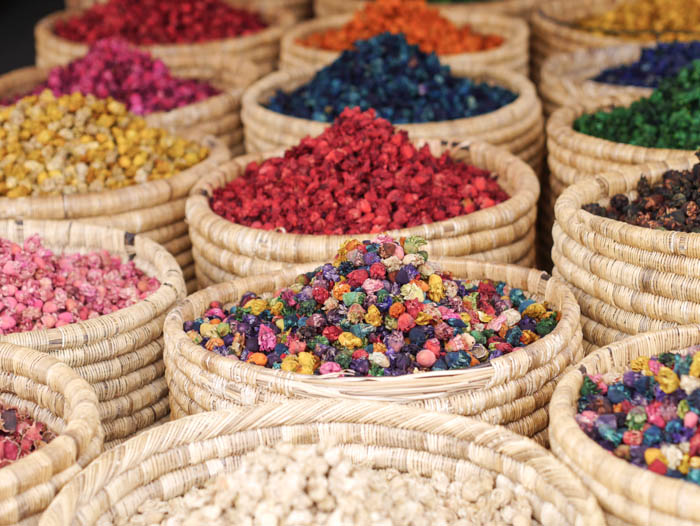 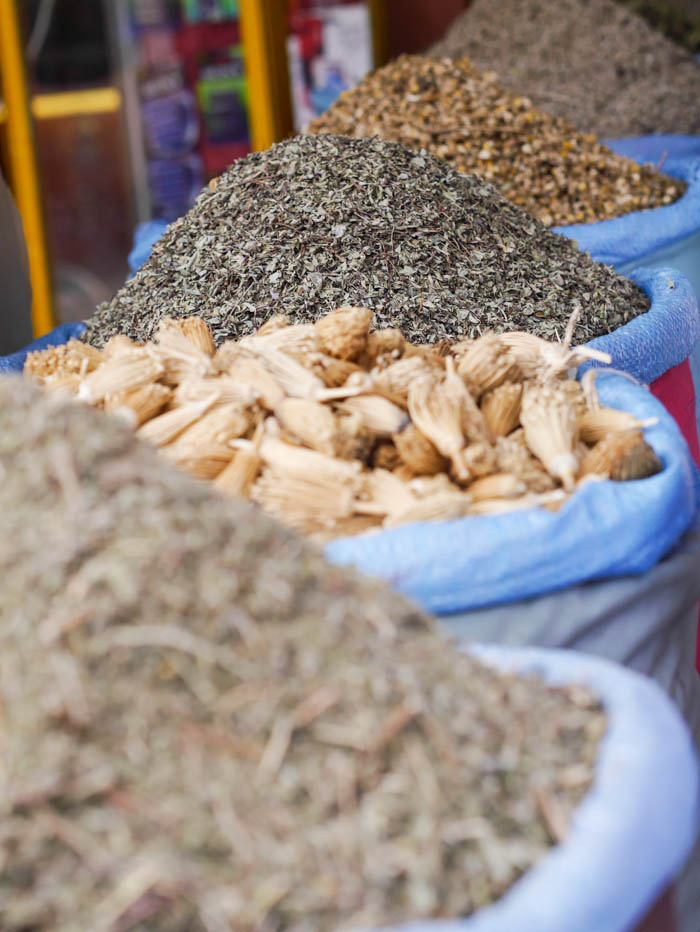 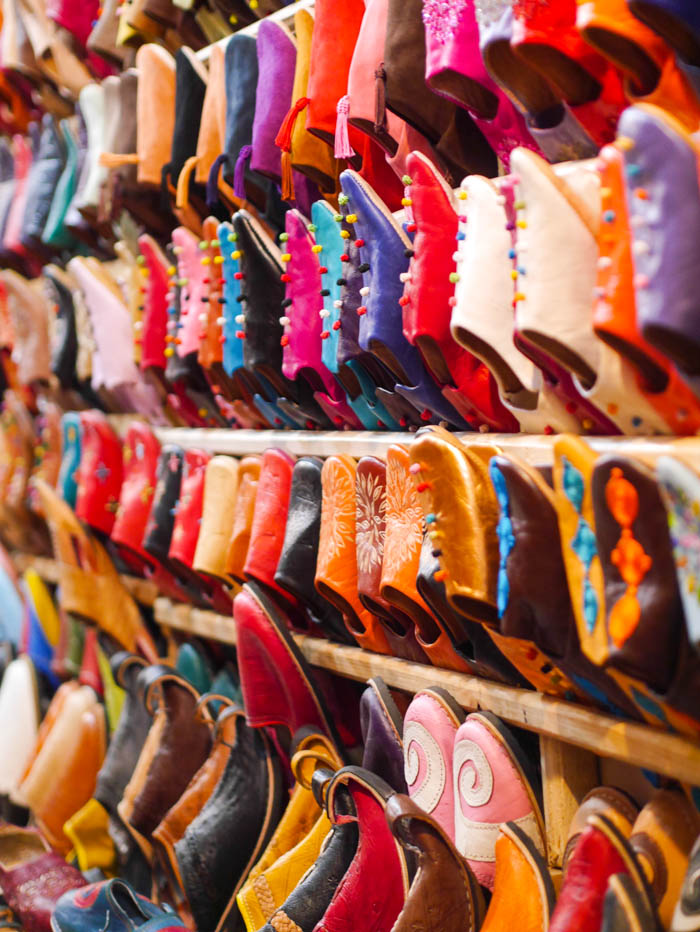 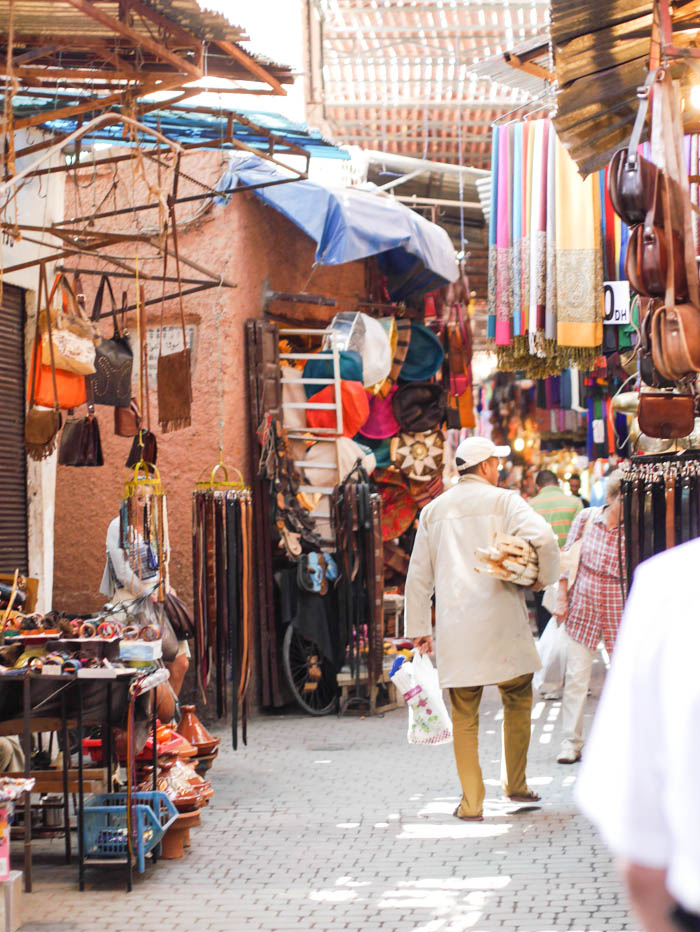 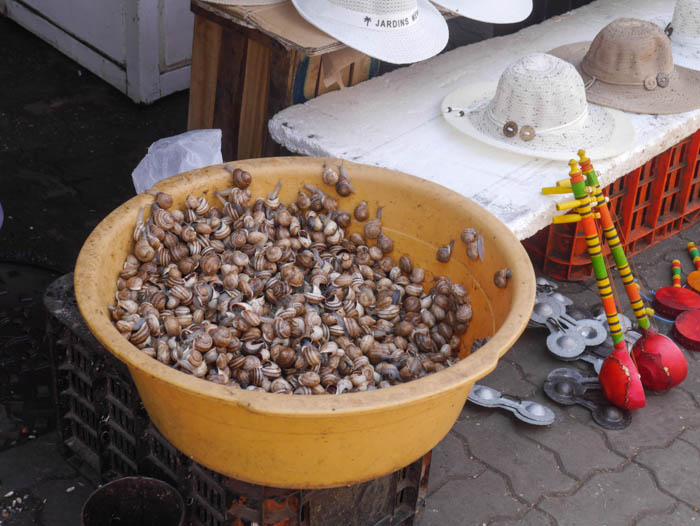 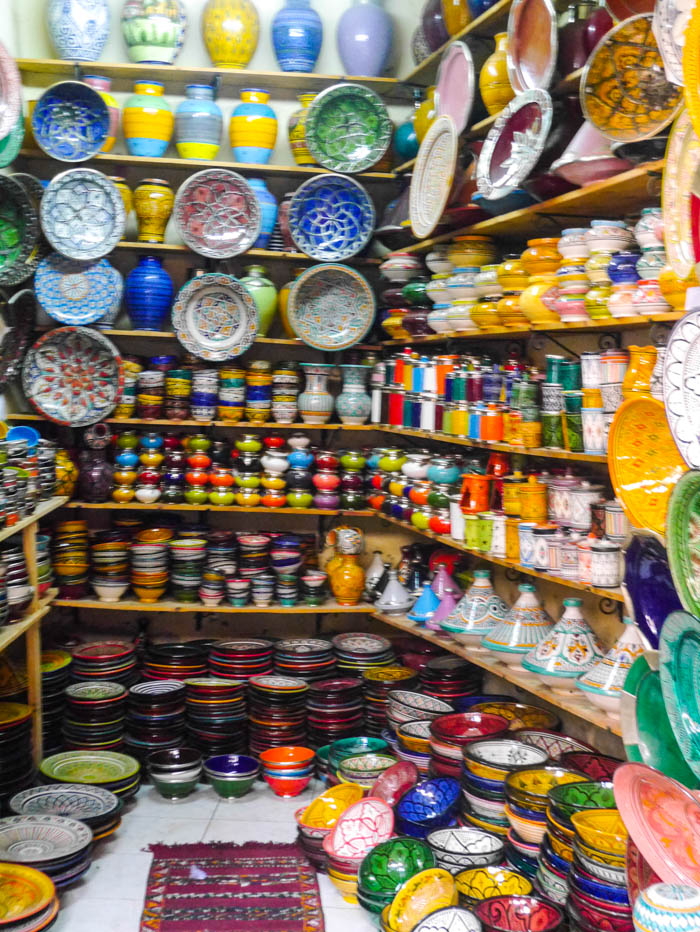 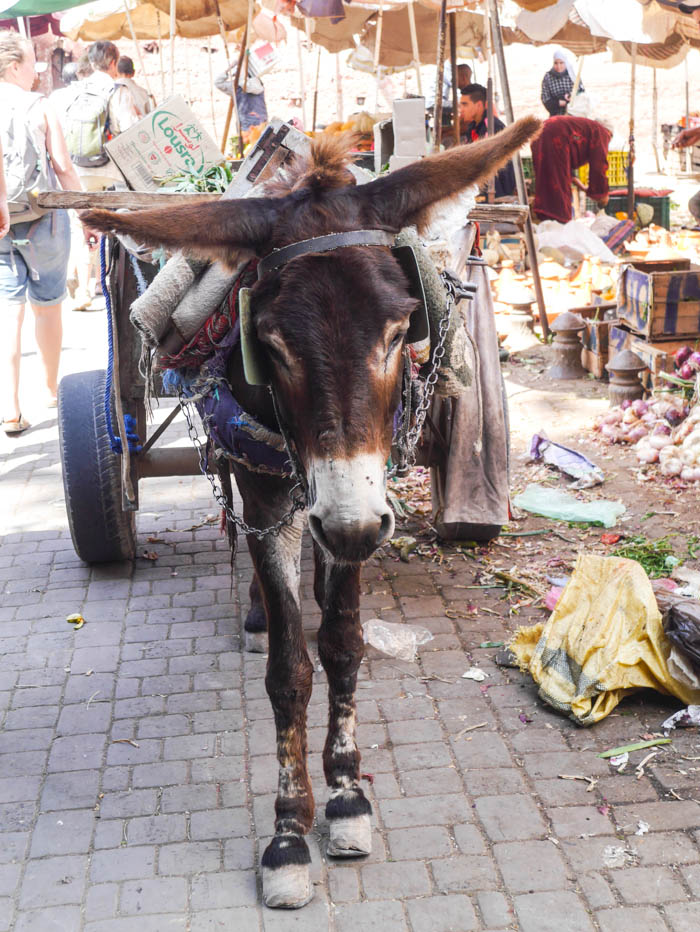 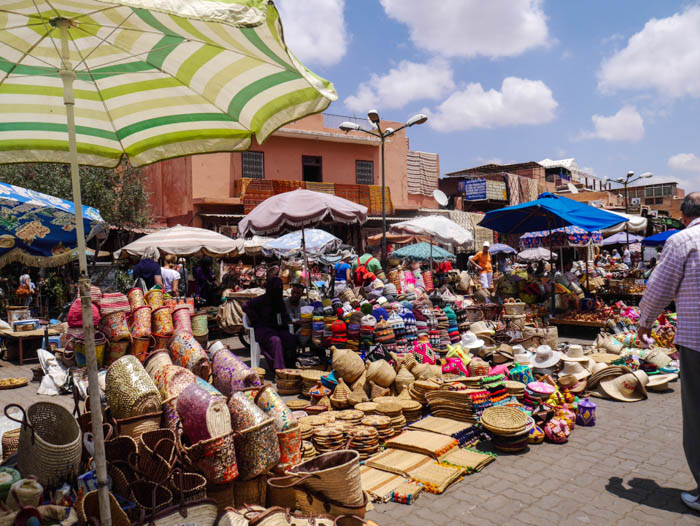 After a couple of hours exploring, we headed back to the riad to change. We had been invited to dinner by the riad owner (you can only dine on invitation!) and made our way to the roof garden to be greeted by sites across the rooftops, beautiful flowers and a table laid out for two. 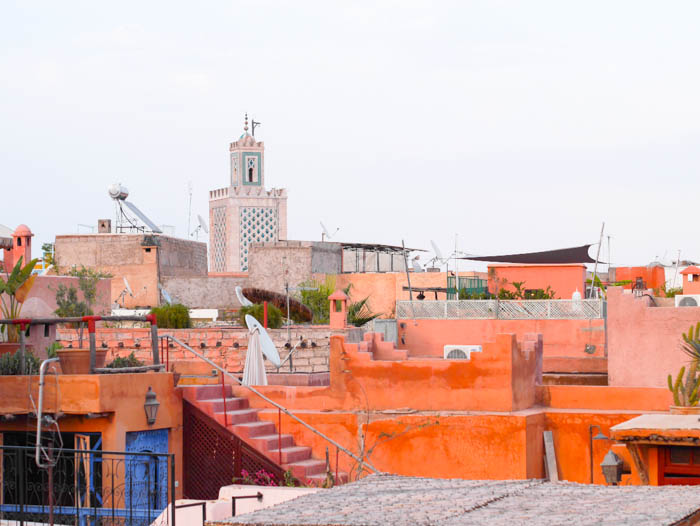 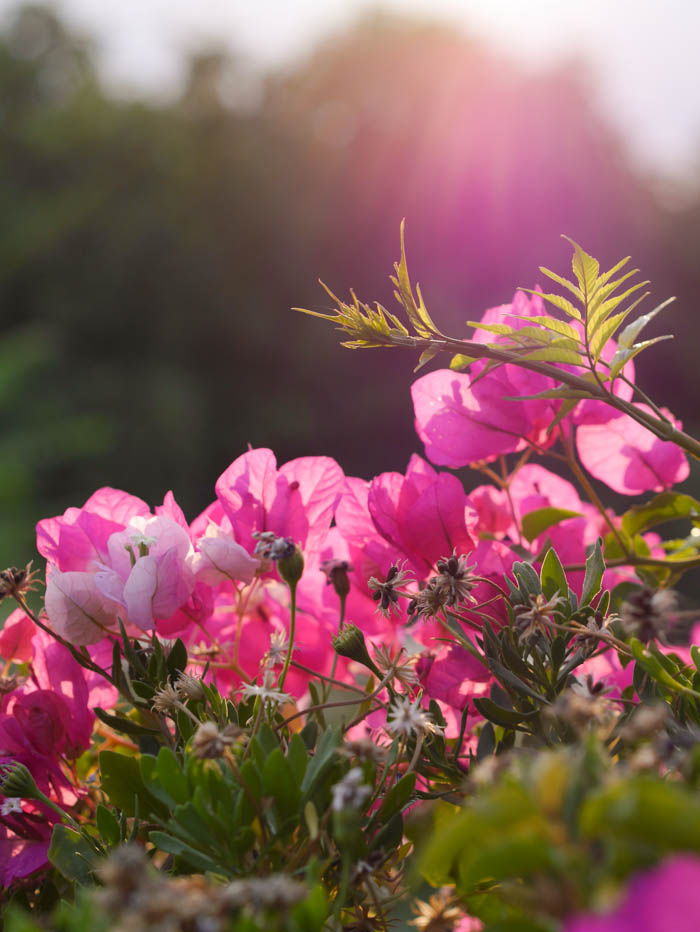 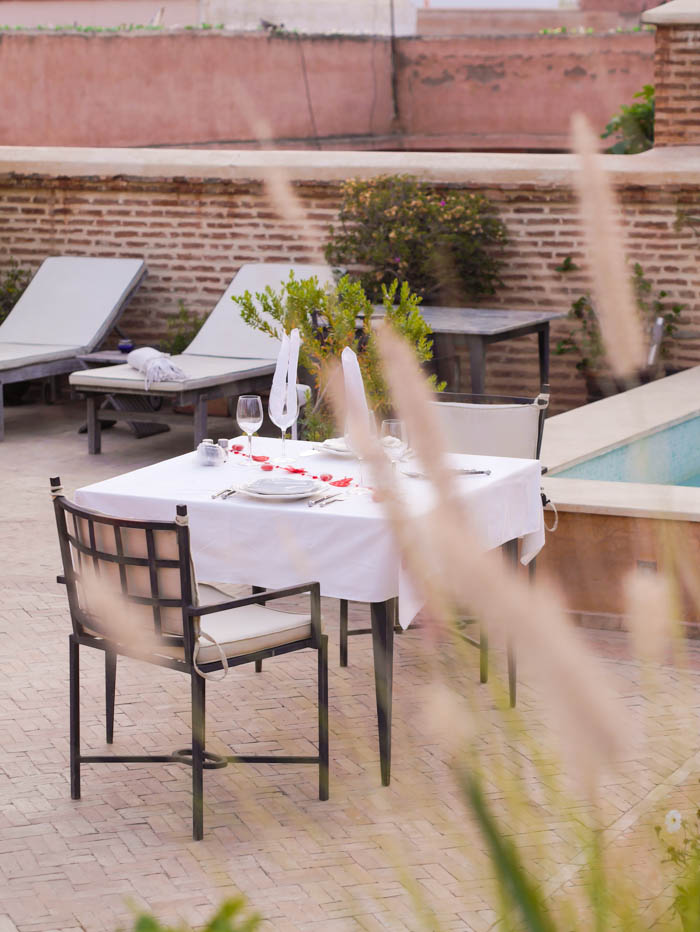 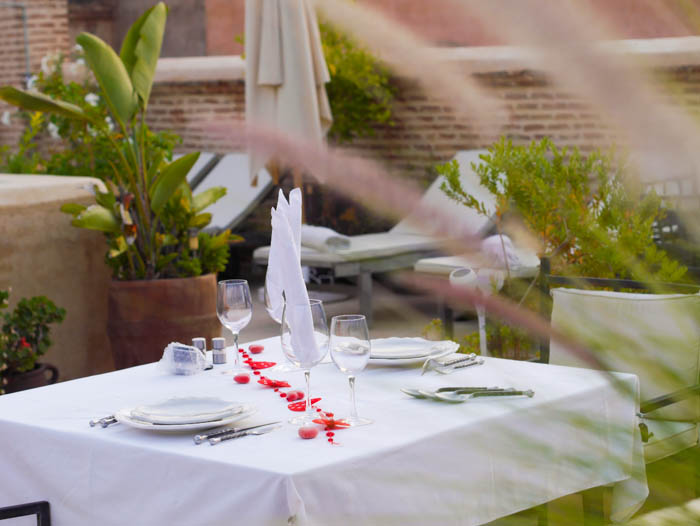 We weren’t given a menu but brought a selection of delicious local dishes, of course tagine was there, and chatted excitedly until it was dark and cool about what we’d seen that day and what we would discover the next day. 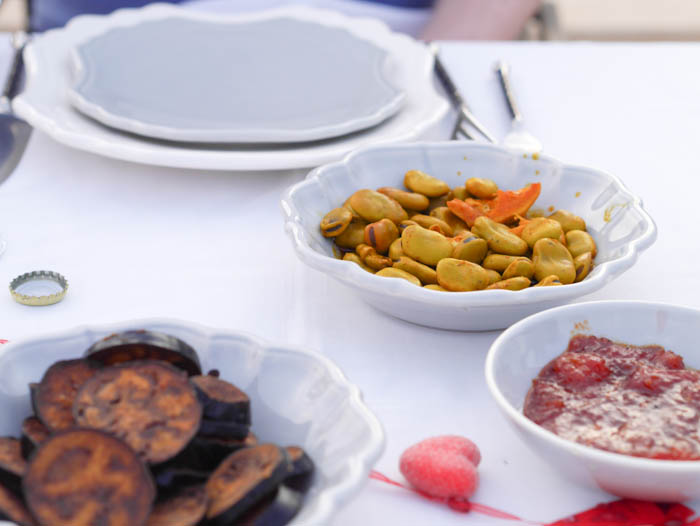 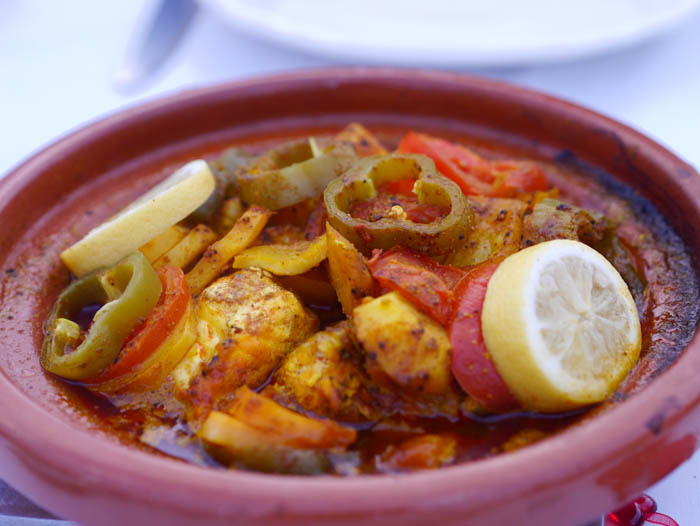 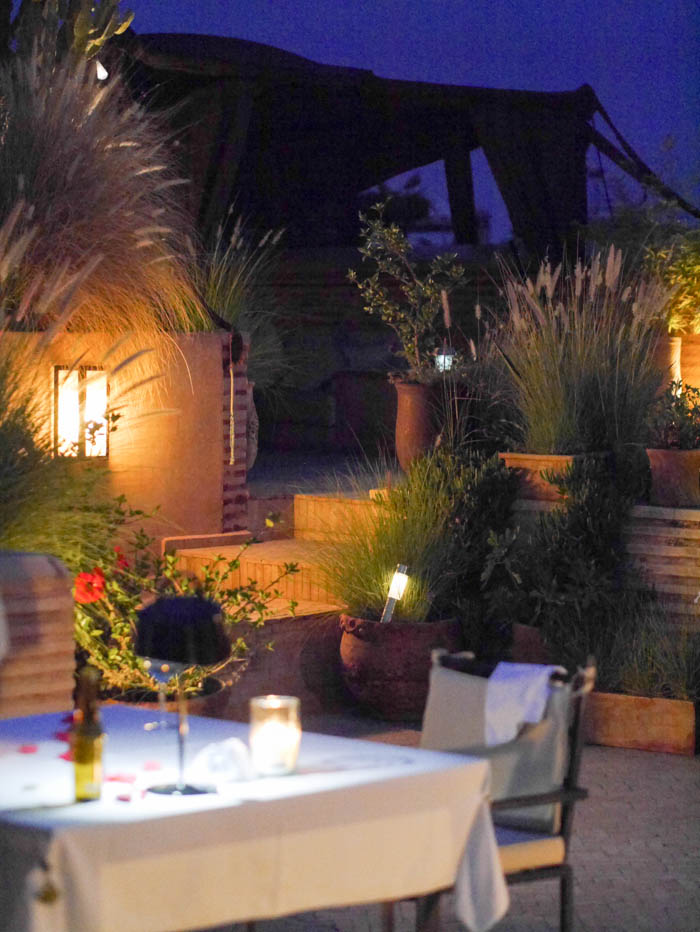 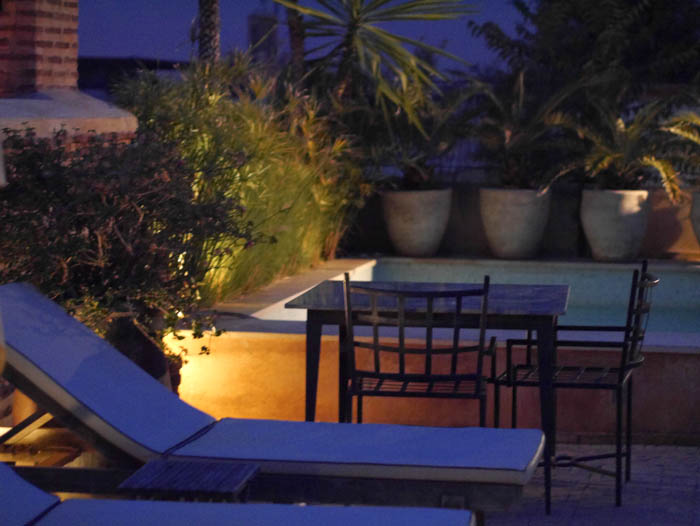 Ps I am currently in Santorini in Greece but I will try to keep up my regular posting pattern – so expect the next Marrakech instalment on Friday. Follow what i’m up to over on Instagram.